Dot Legacy To the Others 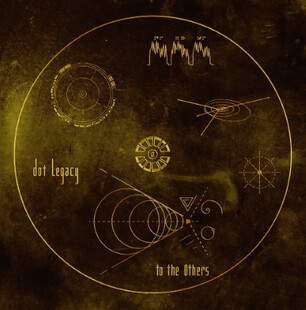 For an album that seems so throwaway on a casual first listen, it is amazing how quickly I returned to run through again. And each time Dot Legacy's charm rubs off that little bit more. To the Others contains some pretty cool vibe Fuzzorama style groove stoner rock throughout, but also has some truly atrocious mixtures of some blatantly nineties alternative styles that you won't expect. Yet there are even guilty pleasures to be had there too, if you can admit it.

For a band with tours with Blues Pills, Truckfighters and Mars Red Sky in their CV, the first minute and a half follows as you'd imagine such an album to sound, but then... they start rapping. Yep. A full on Rage Against the Machine impression kicks in. It goes a minute later, and you find yourself frantically checking you just heard what you think you did. Second track Grey Cardinal is more conspicuous, light hearted, dreamy and very enjoyable. 211 has a nice Nebula drive from the off, surviving through the quirky title chant chorus, toward a Gravity X note and riff end.

It's on fourth track 5314 that the lunacy rises again. This really stretches the thin line of 'fun with fuzz' cool acceptability. It fleetingly reminds me of, in quick succession, Beehoover, Dub War, McLuskey and the Beastie Boys. Or a stoner rock Dog Eat Dog. Just dwell on that thought for a moment.

Dakota is more standard, but still with a real sense of fun, a Dyse-esque chanting, call and response playfulness to the vocals, all against simple but impressive stoner riff. Story of Fame is unassuming 70's pop/rock breeze, with a heavy psych break in the middle, while Pioneer ends on a pleasant, mellow note.

You have to admire Dot Legacy, and you can sense this is a labour of love. The majority of this album is stoner rock in the vein of Asteroid or Truckfighters, pretty good too, and an American alt/indie wave. The oddities may not be constant, but they stand out so jarringly they inevitably dominate any restrospect opinion of the album. I know of many people who will despise this, but also the odd few where this will fill a gap in their collection they didn't even realise was there, and rock out with abandon all through. You can probably judge which camp you fall into from the above, and if there's any chance it's the latter, you need to check in soon.

Forums - Reviews and Articles - Dot Legacy - To the Others