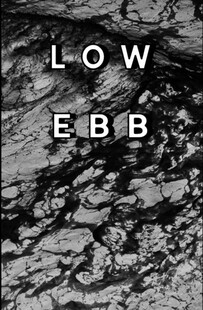 Demo tapes, something cool about the fact people still make these. Demonstration tape, like, look what we can do right?

Well turns out Low Ebb, from Sheffield and borne of the sticky and now homeless Lughole (more on this later) demonstrate something new here. On first reflection you could put this down a typical Sheff Punx stuff, a little bit ramshackle and rough round the edges, but a few listens reveals more at play. There's a strange mix of clean and distorted having a bit of a tussle here. Some of the more baggy tunes, like Pictures of Sunsets have the air of a less pissed-off Drunk in Hell or The Lowest Form. This kind of muted, downtrodden stuff plays well at the moment and you can see why. There's a sense of dejection here but no preaching or desperate cries of 'why?'. Grim acceptance maybe? Who knows, but it sounds good.

This demo has a lot in common with Lughole label mates and general good people like Community or Nachthexen, that shrugging, fuck off kind of vibe. You can imagine the length of the demo, which is about 12 minutes, is about the length of their set. Plug in, play, go and smash some cans?

There's moments of clear energy where it almost veers into carefree fun, see the end of opener Sickness and you'll see what I mean. What you're left with at the end is the feeling that this is music to work out frustrations to, but the band feel disenfranchised enough that it comes through in their wilfully loose efforts here. It's curiously addictive to listen to as well, each track seems to reveal something new each time.

Don't write this one off too early, there's shitloads going on here. Would love to know some of the lyrics too, the vocalist slobbers and almost takes enunciation as something to be avoided. Reminds me of Bloody Kev in the long-gone Helvis, all goblin grumbles and animalistic base.