All Pigs Must Die Hostage Animal 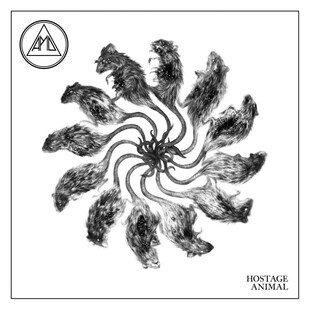 With the sad announcement of the retirement of Trap Them this coming November, I, like many, wondered, “Who now is going to cleave a pickaxe into by bottom jaw and drag me along a road full of potholes for about half an hour?” I worried, I don’t mind telling you. Then All Pigs Must Die announced their return, after a four-year gap, with their third full-length album Hostage Animal. Guess Satan does respond to prayers too, then? Not too shabby on the response time, either!

Also, let’s just put this out there… Ben Koller is one busy guy. Not satisfied with being in a genre defining band like Converge, or one of the most popular heavy bands around at the moment, in the genre defying, catchy-as-in-hell Mutoid Man, he also serves as sticksman for the ever heavy, ever grinding All Pigs Must Die. It’s tired me to write that; he actually does it.

Hostage Animal is All Pigs Must Die’s best album. Let’s just get that out of the way. Despite the awe I feel for Koller, or the fact they have released all their albums on the most excellent Southern Lord, All Pigs Must Die have always served – to me – as a band having fun, full of talented musicians and raging, but not exactly exciting. They’ve never gripped me. Never gripped me like this, anyway.

The first three tracks of Hostage Animal feel like the lashes of a whip. The album’s namesake, A Caustic Vision and less-than-a-minute rager Meditation of Violence fly by with a sense of purpose that can only be described as malevolent. This is music that is indeed caustic – it spits, it burns, it’s uncomfortable. Goggles necessary; sadly not provided. Then, suddenly, the album stops in its’ tracks with two five and six minute sonic lobotomies in Slave Morality and End Without End respectively. The first put me, incredibly, given this is an All Pigs Must Die release, in mind of Harvey Milk. Like the Athens, Georgia, outfit at their most ouroborean [creating words – get used to it], the band create an unusual broken cycle to paint their mangled picture. End Without End is more conventional, but hits all the harder due to its blunt force approach.

Proceedings continue after this intermission of the unexpected with more expected territory covered. Blood Wet Teeth follows, and has served as the album’s ‘single’. It is swift, angular and will have the most reserved listener throwing their coffee across the room and reaching for their fictitious guitar. Moral Purge doesn’t let the momentum slip, and even four minute Cruelty Incarnate, which reintroduces greater dynamics still writhes with venom. Penultimate track, The Whip bursts with energy until it’s mid-point, where it, too, slows. Not quite at a crawl the band seethe and gets the head pumping with a simple but irresistible riff, before it all too quickly fades into feedback.

Album closer Heathen Reign is the longest track on the album, and follows the tack of half-way punisher End Without End in terms of being straight-up bludgeoning. It moves with more purpose and brings to mind the sheer power on display at the start of Hostage Animal, not half an hour hence. Blending their traditional sound with something reminiscent of Scissorfight, the band continue to build the animosity that has been the through-line of the album, before dropping down into a mesmerising bridge, before picking up the baton of hate once again, to finish the album in epic fashion.

Hostage Animal is a consummate album, by seasoned musicians who know how to make great heavy music and well-structured full-length. It is catchy, it is extreme and it will be high on many an end of year list. Perhaps not mine, though. Here’s the rub: it’s excellent, but also quite forgettable. Will I be reaching for this to play in a few weeks’ time? I don’t know. I sort of doubt it. But – and it’s a big but – it is excellent, and, perhaps more importantly, Slave Mortality hints at a greatness that, if harnessed and allowed to breathe and naturally mature, could mean album number four from All Pigs Must Die, might just be mind-blowing.

Forums - Reviews and Articles - All Pigs Must Die - Hostage Animal