May The Night Bless You With Heavenly Dreams Umami / People Die 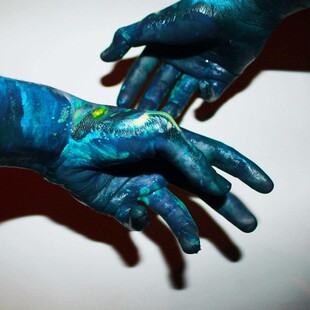 As fairly pretentious names go, that's pretty pretentious right? Forget about that for now (I quite like it, suits their dreamy state of mind). This double A-side is the debut from this Sheffield three-piece and shows a lot more promise than you'd expect from such foetal stages in a band's development. Drenched in washy, beautiful reverb, these guys make pop-infused and hazy post rock that's far from staid and trite. Nah, what we have here is a pulsing, rhythmic display of joy. Opener Umami turns from introspective and calm to a blasting beast within seconds and brings a strange, otherworldly sound to Sheffield's often safe post rock scene. That's not to say the Steel City isn't enjoying somewhat of a feast of post rock and post metal at the moment, but these guys seem to be bringing something wholly new to the table. In parts they even sound slightly retro in a 90s way, shards of the short-lived vapourwave trend creep in to give it that polished, luxurious effect now and again.

Stay with it and you're rewarded with the brasher People Die which resurrects that strange early 2000s alt rock sound that was pedalled by a lot of Kerrang! TV acts, we're talking Sunna (remember them?) and Maynard James Keenan's A Perfect Circle. Thrashing riffs collide with a pretty insistent drummer who punctuates the heaviness in this second track with a fervent keenness. Keeping things this locked down and jaw-dropping so soon into a band's tenure is impressive, let's hope we see much more of them soon.