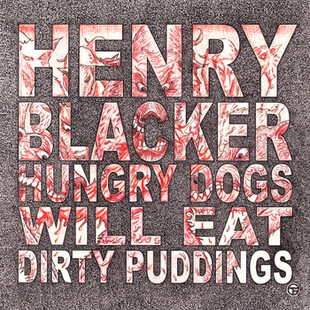 Two of Hey Colossus and one of their brothers? Of course I'm bloody interested.

Joe (bass) and Tim (guitar and vocals) are HC members but break free here with some pretty rough-ended stuff with a solid drummer who plays it straight.

Hailing from the West Country, (hailing always sounds like you're approaching at speed, apt) they sound at points as if they could equally come from Cali or Texas, there's a definite stoner rock influence here, but also a lot of 90s alt stuff too. People have listed stuff like Rapeman, Kyuss and QOTSA's Desert Sessions and that's entirely fitting. I'd say there's a healthy dose of Melvins in there too, the bludgeoning and simplistic stop-start of My Majesty for example transcends the sometimes limiting stoner tag they might end up getting from lazy circles.

The vocals as well are simply brilliant, part growl, part yelp and with some pretty camp inflections at points it could fit in with a sludge record, making this a head-spinning half hour of music. I've not even mentioned the lyrics yet have I?

Think Mark E Smith's sense of making poetry out of the banal and add a pinch of Zappa and I think you are nearly there. How's about: "they lift you whole/from room to room/but your mind is still/ in 1992/ They bring you a rug, to warm the lap/ you can’t feel/ it’s one tap for “yes”/ two taps for “no”/ but just how many taps, for “i don’t fucking know”?

Back to that Kyuss mention from earlier, they really play up to that on Bone & A Thistle not only with the rawkin' riffz, but with the deep down and dirty vocals too. This is kind of Breaking Bad territory here, like that bit where they stick a Mexican's head on a tortoise and rig it with a bomb. Nasty.

The desert rock swagger makes a cool entrance on Temple Controls which also sounds a bit punch drunk, with what sounds like keys slowly falling off a cliff in the background.

It's available on vinyl, tape and download. Do one of them, this is ace. They are heading out on a load of live appearances this year too, catch them before they burn out.