Pjaro why is no one here i can make you alt 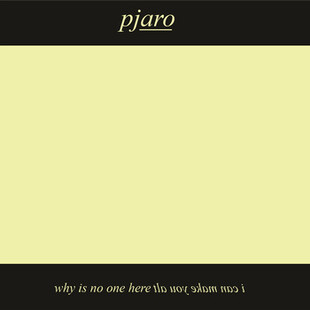 Two-pieces these days usually follow a really predictable tangent that involves loads of doom riffs and unimaginative drumming and I'm bored of them if truth be telt/told/telled/tolled.

Pjaro are a two-piece from Sheffield and thankfully follow a less prescriptive path than that description would suggest. Sounding a lot like a band I discovered aaaaaages ago called Colditz Glider, think a post-screamo sort of sound with some angry buzzing thrown in there in order to weird you out a bit too.

Vocals in the first track are unusual and unexpected but their caterwauling refrain does much to delight.

The guitar work is intricate yet pleasingly off-tune, giving it a waster feel. The songs also fail to follow any particular pattern, preferring to float haphazardly. If more bands like this existed then that stupid Guitar Hero game wouldn't really exist as developers would just give up and let you do your own thing, like form a band. Apparently this band are on a constant PS2 trip, which is a good reference for the music too. Think early 2000s for the influences and you'll have it spot on. Good soundtrack to play through that weird single player bit on Tekken 3 that was a cheap shit version of Streets of Rage.

Seriously though, Pjaro play a truly intriguing mix of super-complex rhythms dressed up as simplicity, which is actually much more impressive than the 'look at me' type of fluff forced on us by the likes of Meshuggah and other bands guilty of over-egging an already eggy style of playing.

Closing track ceeping up with the cardashians also has a 90s post-punk feel to it too, like the summer is endless and you might never go back to school.