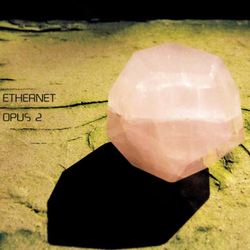 Magnum Itiner Interius is a solo project from the frontman of The Chasm, Daniel Corchado.

Having recorded all instruments himself, this feels like a deeply personal album, but has myriad elements to make it seem far from a bedroom project. That said there are parts which seem a tad ham-fisted, the keys on A Mirage Of Your Journey for example hum with a dated sound that takes away from the mournful atmosphere which is created elsewhere. It's all soaring guitar leads and slow-burning majestic pomp here and brings to mind the symphonic doom of While Heaven Wept. That minor-key sadness comes across in the guitar parts, also recalling Turn Loose The Swans-era My Dying Bride.

At other times, it breaks into euro-metal sections and burns with a restrained energy, but then is equally marred by the appearance of those keyboards, which sound out of place with the rest of the music. Sounding for all the world as if they were lifted from mid-90s PC fantasy games (think Heroes Of Might and Magic) it sadly brings these sections down a few pegs and cannot be ignored.

This is a shame as on tracks not held back by this baffling choice of sound. Take From Nothingness Comes Eternity and it's elegant sections of quiet combined with sweeping riffs throughout and you'd think it was another artist altogether.

One to listen to yourself to decide upon, but the ever-present threat of artificial-sounding keyboard ready to pierce the otherwise-remarkable musicianship here is too much for this reviewer to bear.