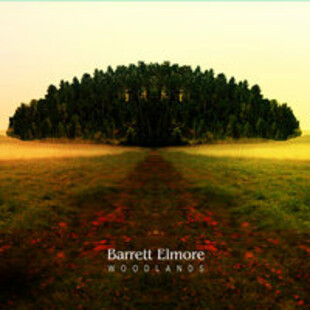 I put off reviewing this for a while. The first few tracks were very old-school psychedelia, they look like a bunch of sharply cheekboned hippies and they have a song called Dusk (Dance of the Pixies) which they're probably not even joking about. Ever the pro, I girded my loins, cleaned up the resulting mess and sat down to give it a proper listen.

My initial reaction wasn't far off anyway, they are a very laid back brand of prog-psychadelia, and if that description hasn't sent you running for the hills of Kolmården then you'll probably like it. Apart from the closing minutes of the rather disjointed jam of album closer Psilocybe Semilanceata and a couple of other short parts, there's no extended guitar solos or hammond organ wigouts. It's mostly restrained and rather ethereal, the vocals are rarely without some kind of effect, making them feel slightly removed but still fitting in with the overall vibe.

The closest reference points are Meddle era Pink Floyd, the spacier parts of Echoes in particular. The instrumentation is impressively varied and there's no one element that stands out from the others for the most part. The production probably helps; while it sounds a little thin on first listen, it's very complementary to the music and suitably retro sounding, separating the instruments nicely and giving a focused bass rather than going for a huge sound.

The forest theme is laid on a little thick with the between song samples of frog croaks, rain and bird tweets, and when your liner notes thank "Swedish folklore" and "forest spirits and legends" then maybe it's time to reconsider what it is you're trying to achieve. If you can get past the overbearing twee nature of the record and then it's a relaxing and enjoyable listen. They lost me for a few tracks in the middle but I went in in a foul mood and came away with a much soothed headache and in a surprisingly good frame of mind. Thanks forest pixies!