Of Spire and Throne Vagary 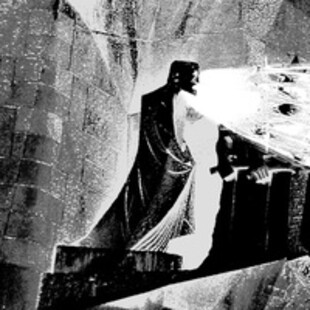 Edinburgh harbours this doom-like mist about it sometimes, the damp streets exude a level of dread during inclement weather that chills to the bone.

So we have the inspiration I'm sure for the music dredged out of battered amps by the city's band Of Spire and Throne. This 21-minute dirge pulls at every sludge-laden doom cliche in the book, but cansarn it if they aren't just really likeable. Throttling the guitar is what it was made for and these guys wrangle as much feedback as they can muster from their axes as Vagary, their third release in four years rumbles on.

Edinburgh is also home to the fantastic IX, who are sadly no longer with us (it has been a few years now, sniff) but OSAT carry the same black-smoke-belching lamp that IX set down. Think a tad faster than funeral doom, with the stamina of a determined miner, hacking away at their instruments in that exhausted, dogged way a worker underground bites away at rock.

The vocals are death-like, low and grumbly, but could do with a bit more variation as the repetitive cadence of lines gets a bit much. However, this does add to the ritual-like sway of the music, the occult-inspired march-like pace it sets is laborious as it is mesmerising.

Investigate if you want something that suits the British 'summer' we are having at present, it suits the fading of the light and the sun's refusal to shine. Perfect.

Forums - Reviews and Articles - Of Spire and Throne - Vagary