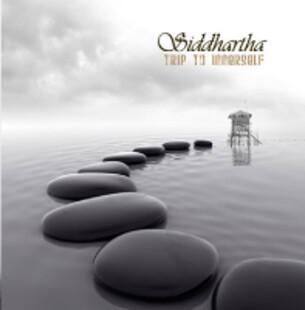 How does some spaced out Turkish prog sound?

I grant you I have nothing to compare it to either, so frankly, this is all new. sounding for all the world like Dream Theater would if they were based in Turkey, had some interest about them and played engaging music. Trip To Innerself is a writhing, unobtainable state of nirvana as far as variety is concerned. One moment they are sadly strumming at acoustics, the next they are wigging out on complicated leads and keyboard-led ascents to heaven.

It does sound slightly dated,but then it was recorded in 1998 and Trail Records, those lovely folk, have seen fit to release it anew, with new artwork, a bonus track or two and some more digital extras. There's little subtelty of sound in a way that post rock masters like Godspeed and the like have taken long, complex songs to in the past decade or more. What is here however is some fist in the air crescendos and enough of an influence of their own country to mark this out as truly unique. The basis of the band is the usual bass, drums, guitars and occasional vocals, but there's some interesting electronics, samples and keyboards stabbing away to give it some of that prog edge too.

Apparently the band split not long after this, so this serves as a snapshot of a band of friends from Istanbul playing music they obviously love. If you like that slightly early digital sound that was being thrust upon us at the time, combined with some Pink Floyd/Porcupine Tree worship, then get on this.

Listen to tracks and buy it from here.