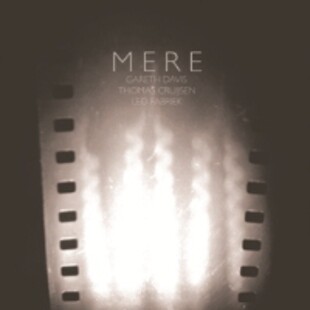 Gizeh Records are like a machine at the moment, seemingly adding to their roster with some of the best quality control ever.

This, their latest offering is a dark jazz-encrusted affair, heavy on improv, but with a sense of determined control. The trio, Gareth Davis on bass clarinet, Thomas Cruijsen on guitar and Leo Fabriek on drums originally came together to soundtrack a documentary but obviously clicked well enough to carry on their musical explorations. What has resulted is a three-track but seemingly infinite maelstrom.

Quiet parts fill the void of silence with delicate whisps of noise, while other parts are full of squalking jazz perfection. It's a mad sound, combining not only Naked City-like repetition and chaos, but also a sense of frail, frightened mewlings. It's the kind of album you hope for now and again, highly intelligent but also free of its own limitations, it twists and shakes with a deeply cool mystery.

Apparently all recorded in single takes, this makes for spontaneous interplay that is lacking too much in other forms of music these days so it is a refreshing sound to witness. More adventurous and direct than other more ambient and challenging Gizeh releases, it's one to unwind to, rather than get peturbed by.