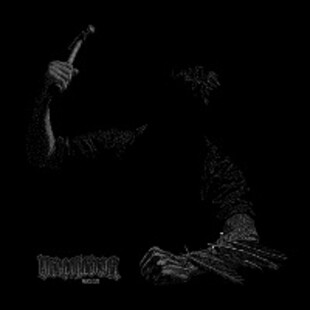 Easing you in with with some atmospheric delicately plucked reverb soaked guitar Nucleus by Vaulting kinda throws you a curve ball from the off.

I went into this album blind not knowing anything of the band or genre they occupy. Okay, so we have some atmospheric post rock noodling coming up was my first thought as 'Place Of Fear' gently builds. Then BAM! Like a sledgehammer to the temple '80 Gy kicks things off proper with an all-out assault of spasmodic, Grind riffery laced with complex, technicality and a smattering of brutal Death Metal structuring. Like a deranged mix of Brutal Truth at their most gratuitously grindy and Dillinger Escape Plan back in the day when they were the undisputed masters of Math, Vaulting throw such a heady mix of technical riffs, guttural vocals and tempo changes at you that after the gentle start it leaves your head spinning.

The trouble when things get so complex and technical is that proceedings can veer into sheer technicality for the sake of it, at the expense of song writing. Thankfully Vaulting sidestep this trap by tempering their incredibly skilled fury with some straightforward, uncomplicated sections that act as the glue holding it all together. The Cephalic Carnage meets Burnt By the Sun rage of 'Bob’s Song' and 'Biorobot' showcase this tremendously with the sonic mayhem being reigned in at key points with some great stripped down chugging rhythms . Things take an odd turn again with 'Permafrost' being a pure piano piece… that’s right, from the tumultuous unrestrained thrashings of what came before to palate cleansing slice of beautiful lone piano.

It gives you some time to collect your thoughts and mentally prepare for the next onslaught, which doesn’t disappoint, the triumvirate of 'Arktis Winter', 'Guernica' and 'They Always Return' plunges us right back into the raging torrents only to be plucked out again by another mellow piano piece, it’s a bold step and an unusual way of doing things that purists may baulk at, but it works for me.

'Concrete & Nosebleed' is probably the album highlight for me, the end section is a masterclass in the false ending with the song coming to a dead stop for a moment, then slamming back in to great effect multiple times.

The schizophrenic nature of Nucleus is certainly an acquired taste, but, for me, it has an undeniable charm. It’s a rollercoaster ride of subtle mood pieces sandwiched between controlled chaos and it’s pretty damn cool.

The whole release can be listened to here.