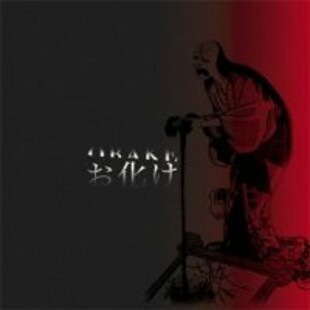 Wow, this is special, and it's fair knocked my socks off.

A new band put together by the bassist of Zu (which you can tell immediately as it begins) Obake are named after the Japanese word for 'ghost' or 'a thing that changes'.

All I know is it sounds completely hats and I love it, some guttural vocals, some mad bass and an insane drummer mean it's full-on heavy but it has this evil, twisted sound to it too. Instrumentation is at its peak here, the band features not only the excellently-named Massimo Pupillo on bass, but also boasts experimental guitarist and producer Eraldo Bernocchi, opera, experimental singer Lorenzo Esposito Fornasari and Hungarian drummer Balazs Pandi.

The sound is of another world, vocals remind me of the likes of Envy's quiter moments, but the music is of its own volition, doom or sludge-laden one moment, experimental and drone-like the next. There's a stalker-like slime to the vocals and as well as all this occuring, there's some glitchy guitar tones occuring too and the drummer reflects the insanity well, keeping a steady beat one moment, going off at all angles the next, it's akin to black metal gone manga and it's confusing in the same way.

None so scary as the track 'Polonery' though, squeals of feedback hail the start of a claustrophobic headfuck, where you will be able to swear you can feel the pallid breath of a long-dead spectre on your cheek. It's got that same horrid intensity that Today Is The Day have, while managing to still sound head-noddingly full of groove.

Other tracks like the quiet, unsettling 'Endocrinial Pineal Gland' have that same eastern tinge that the Master Musicians of Bukake have, that unreal, uncanny sense of magic, but not in a card trick way, we're talking bad juju.

This is one of the best releases we've been sent this year (despite it being out since September) and that's saying something. It's crammed full of ideas, but in the same way a jar might be full of mud and worms, so it's up to you whether you dig through that much filth. Truly disturbing, but in that rare, good way.