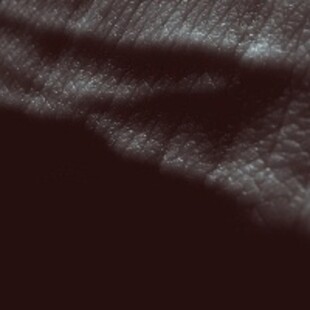 Justin Broadrick has turned into a robot, it's finally happened.

Too much fiddling with pedals, autotune, remixes and endless collaborations has finally rendered him fully digital. This is a return to this more dub-led moniker and has a lurching, crashing sound to it.

However this won't be for everyone, releasing this on 3by3 and using his Techno Animal name, it is a dark, pulsing beast that sounds nothing like Jesu or Godflesh material. His voice for the most part is muffled or digitised into a fuzzy, wordless blurb and comes across a little bit like Nick Bullen's excellent Scorn project, albeit with a much more dystopian and feedback-hewn smear.

The beats are trippy and do recall the calmer elements of recent successes from the Bug and King Midas Sound, but it lacks any coherent hook, these songs seem to exist and pass you by. It all conjures up images of grey skies, industrial ruin and a dismal future, but Mr B has done this before and often with more clout. This is the more scratchy, uncomfortable side to his musical canon, far away from the straight-ahead bludgeoning that comes from Godflesh and equally distant from the majesty and slow-burning triumph of Jesu, it occupies a middle ground that only obsessives might be interested in. It's diverting enough, there's plenty of ideas at play, but maybe not enough for fans of his other work to get as interested as they may have been.

There are moments of clarity, the sparse and drawn-out 'Underfoot' for example has a beauty that rivals much of the genre's predelictions, but it's a drop in the ocean among the bone-shattering clashes of beats elsewhere on the album. Live, this should be ear-splitting and apparently will involve specially-arranged projections, try and catch it at Roadburn this year, it will be a break from the rest of the bill for sure.