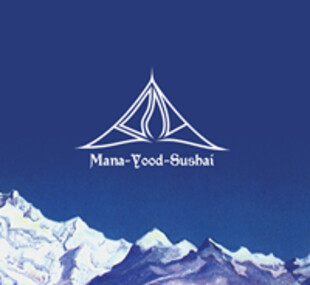 Bong is the very sound of this band, slow, long and difficult to handle.

Ever since I first saw them enveloped in smoke machine vapours, with the film 'Camelot' projected behind them, they've been a band I've had this innate love/hate relationship with them.

They straddle the line between absolute self-reverential noodling and abject mysticism that makes me agog, jaw agape. A simple description would be Electric Wizard meets Sunn0))) on an eastern tip, but that's to do them some disservice.

The two tracks that make up this release are 27 and 19 minutes in turn. It's probably advisable to put aside a good amount of your attention to it, as it creeps along so slowly, you'll feel your mind start to become part of its fog-like mysterious charm. This is as near as you can probably get to funeral doom without it being of the genre, but they keep things interesting and somewhat upbeat with chant-like shaman lyrics, telling a convoluted story of a people long gone by the sounds of things.

There'll be many who find it all a bit of a drag, but have some patience and you will probably see what the fuss is all about. Live they start with almost nothing and build up to ear-bursting volumes as a crescendo, but here seem content to roll on unabashed, not concerned with that big break like you would expect. The eastern-like scales they exploit by stretching them out on the opening gambit 'Dreams of Mana-Yood-Sashai' circle like vultures, never quite picking you off, but allow yourself to enter the trance and it all makes sense, in a similar way to latter-day Earth does.

Second communication contained within is the more minimal 'Trees, Grass and Stones' which allows even more room for the band to expand upon the almost breath-like exhultations they choose to tease out. There's muted mountain horns in there I swear at points and a sound so eastern-tinged you could easily be sitting on a prayer mat above the clouds on some distant peak.

One for the dreamers then, if you like straight-up riffs and barked vocals, steer clear, this will probably put you into a coma.