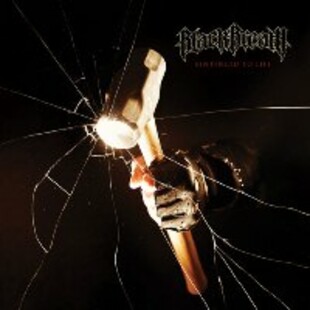 Wow, this is pretty special, thrash via hardcore with no awful crossover tropes, fully face-melting.

How much of this can you take? I only ask because the sound that Black Breath seem to have channeled is Converge via the likes of thrash Entombed used to peddle. It's both eye-wateringly fast, well produced and still manages to sound both modern and retro at the same time. This is no exercise in nostalgia though, they have an energy it's rare to come across these days.

This is their second album and builds on the reputation they set down on debut Heavy Breathing. Expect a drummer trying his best to replicate a V8 engine while the guitars test your tolerance for treble, not quite in black metal territory, but damn close, overdriven doesn't begin to describe it. They still carry enough wallop on the low end to seem a heavy, hefty and lumbering presence, but the speed and ferocity is what will draw most into the music.

Even when they slow things down, for example on 'Endless Corpse' they still maintain that overdriven and fully immersive guitar sound, battering the eardrums into submission.

Live I imagine this simply destroys venues, if people tried anything like interpretive dance to this, an epileptic fit would not suffice.