Art Of Burning Water Head Of The Tempest 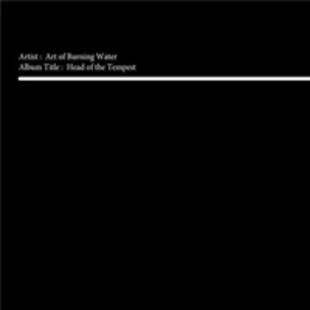 Art Of Burning Water are still alive, no they didn't melt from their overexposure to the riffs that made up their last album The Voyage of the Pessimistic Philosoph back in 2006, but have shed their former bassist Jason and found a new one in the form of Dave Cochrane (Head Of David member don't you know?). Jason plays on this release however as it was recorded back in 2007, but only released now (for shame!).

Still a three-piece then, but how do three people make such precision-cut music? Well I have no idea, but it's still incredible and unpredictable.

If you take Remission-era Mastodon and imbue them with a British sense of humour (song titles include Mike Over Matter and Gorilla Monsoon) you get an idea where AOBW come from.

Those riffs I spoke of haven't cooled in the 4 years since their last release, eastern-tinged and as satisfying as they have ever been, the execution of them brings to mind Burnt By The Sun or the late, great Human Remains, off-kilter and just insane.

The drummer in this band is just incredible, never staying in a similar place for too long, his rhythms give a snake-like quality to all the songs here, jerking, sliding and convulsing with a different kind of energy, unlike anything else being played by similar bands at the moment.

Vocalist Geith still sounds unhinged, alot of his spewings here recorded on what sounds like the other side of the wall to where he is, he sounds angry, but I bet he isn't. This is an incredible release from an even more incredible band, its just a shame it's taken four years to get to us.