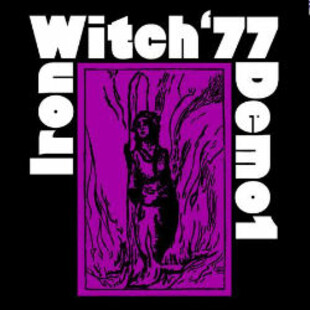 How else should a band's demo sound if they take their nods from Eyehategod?

This is Iron Witch, the name I can already see in a white font in the shape of smoke on some gumby's jacket patch, they are also one of Witch Hunter Records' newest additions, so now they have only to sign some black metal and their roster will be a gun-toting proposition among the underground elite.

You know the drill with bands like this, swagger, piss-stains and denim so stiff you could use it as an improvised weapon. Sludge like this is so satisfying to listen to and I imagine, watch live in this case, that it really doesn't matter that you've heard it before.

This is a demo after all, but the recording could be a little more polished, even if they are going for the 'swilled in cider and left in the van for a while' tape quality.

The two tracks on here are very clattering and ballsy, the vocals sound suitably pissed off and caustic as well as the slow-swamp crawl of the guitars and bass sliding towards you like some sort of illness.

The album better have some b-movie samples of Americans talking too fast on it or there'll be trouble.