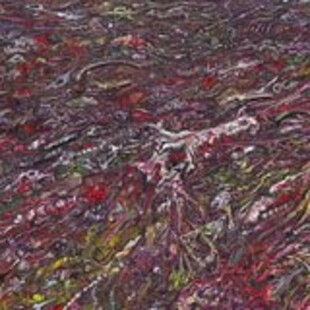 Once upon a time, when the vile Conservative government was in power and I was a young man, crust punk ruled the underbelly of the underground. Anarchy, sold out by the commercialism of punk and inspired by the fiery rhetoric of Crass, seized the hearts and minds of a generation of drop-outs, who, like the real hippies before them in the 60s and 70s, lived on the fringes of capitalist society. A whole glut of fanzines, gigs, tapes and records grew out of this dreadlocked revolution. Clubs like the 1 in 12 and the Mermaid, ‘zines like ‘Raising Hell’ and bands like Antisect and Amebix epitomised what it meant to be a ‘punk’ – not some moronic glue-sniffing poser with a Mohican, the media idea of punk, but an autonomous individual who did not wish to be consumed by the mindless demands of post-industrial capitalism and who had decided to opt-out and fight back.

This brilliant disc takes me back to the sound of those times. Not that Gruel are an exercise in copy book nostalgia, they are a new and very crusty mutant who could not have existed without recent developments in sound. Recorded at the spiritual home of Yorkshire crust, the 1 in 12 Club in Bradford, this album marks scintillating new territory for the underground. Four tracks make up this double, each roughly 15 minutes long, instantly adding a ‘progressive’ influence to proceedings. Progressive crust that is. Yes, it is true…crust reborn. This isn’t sludge, it’s old-fashioned crust-punk that has been exposed to nearly twenty years of sludge doom metal (oh, whatever you want to call it – I get fed up using fucking unavoidable ‘labels’) and has emerged as a new and super-evolved hybrid. This is just what you’d expect from a bunch of individuals who’ve ‘been about’ for years. The enigmatic Gruel comprise four shadowy characters assembled from the northern wastelands, swathed in dry ice and possessed of great power.

And what an exhilarating earfest they whip up – sixty minutes of the darkest and most original underground ‘metal’ you will hear all year. ‘I’ opens with the serene chanting of monks which soon merges with slow funereal organ and the emaciated vocalist’s corrupted yells. Two minutes in and a huge crunching blanket of guitar splits the sky open, bass throbbing underneath like an enormous generator. Gruel employ a number of weapons in their arsenal – discordant bending strings; slow and grandiose passages; eerie samples; hauntingly simple solos and massive fucking drums that dominate and define a sound that raises the hairs on the back of your neck. ‘II’ builds up the brooding menace of the heavy dub from hell with the aid of some superbly undulating bass lines. Yet again the drum sound is as huge and expansive as owt you’d hear on a Led Zep album (and that is where the comparison ends).

‘III’ sets the heart racing again with thunderous and blasting up-tempo punk that slows to a characteristic crunching grind. The musical notes Gruel choose perfectly embody pure doom in all its death-obsessed glory. I’ve not heard a more relentless miasma of tri-tones since, well…the legendary Doom actually. In fact Gruel are Doom if they had stuck around for a while, mellowed the anarcho-politics a bit and absorbed musical influences other than Discharge etc. Last track ‘IV’ starts with something that sounds like a tin gong being struck in repetition and which gives way to a truly brilliant riff/chord sequence that profoundly reminds me of early Antisect and Crass label stalwarts Icons of Filth. Full struck chords, higher strings ringing, fuzzy and overdriven and reeking of dark anarcho-fury. This sequence of chords provides the whole backdrop for this track, dropping in and out of the mix, whilst bass and drums constantly threaten to come booming in like twin Titans. When they do (after a genius extended sample of waves crashing and sea gulls shrieking in the background), the anticipation is satisfied by a fucking belter of a doom-punk classic. Absolute ear-candy.

Some of you may not love this like I do, but I defy you to claim it’s not moving. For me this album represents the kind of music I wish I’d had made if I could have ever been bothered. Gruel are the misery of existentialism made music; they are the hooded and mist-enveloped ambassadors of a beautifully pessimistic and quintessentially British sound that we have forgotten for years, distracted by California stoner rock, Deep South sludge and urban grindcore. In short this double album is a breakthrough in a broad genre (myspace tag - downtempo/metal/experimental/doom) that can often stagnate due to a lack of imagination – too content to conform to a well worn formula. Gruel are like a breath of stale air - welcome them into your home. Go and see them live too - their whole conceptual package hits you right between the eyes. Verdict - FUCKING ACE.