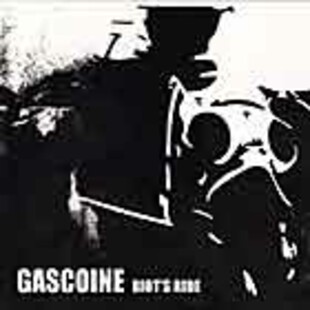 At the risk of sounding like a miserable old git, when you sit down to review a cd and you're confronted with a press release that claims that their record 'really is its own thing' then you take it as a challenge - how individual is this really going to be - is it going to be like nothing I've ever heard before etc, etc. However, the statistic reads about 999 times out of a thousand it isn't.

Unfortunately, Gascoine fall into the majority. Not to say that this is a bad album, far from it - it just sounds like about a tonne of other fast paced stoner punk bands with nothing to really make it stand out from the crowd. Which makes it kind of difficult to write a lot about, as it neither excites or disappoints - all the ingredients are there, the Garcia style vocals, the Danko Jones-esque piranha guitars, a decent rhythm section - however, after all that, it's still just merely ok fare in the majority.

Still, it's not all doom and gloom, the title track is a unmistakable highlight - a ballsy great mammoth stampede of a guitar assault fuzzes and fizzes around circle pit inducing chorus chaos made for those long trips driving the old warhorse through the desert and 'Anti Hero' has a nice touch of the Groop Dogdrills' about it that'll have you stamping all the way down to the gas station, battered old guitar in one hand, knackered old wah pedal in the other. Sadly, the rest of the cd is too reliant on ever similar breakneck chugging riffola that gradually wears thinner with each song. Ho hum.

Bizarrely, one of the better tracks 'Eye for Eye' is hidden away at the end of the cd and not even given official recognition on the sleeve. This clearly should be above at least 6 or 7 of the other songs on here and perhaps it's eventual inclusion is maybe the result of someone else clearly agreeing with me!

Maybe I'm sounding a little harsh here, this is not a poor album in any shape or form and if you are into your 'gas 'n' go rock 'n' roll' then you may well enjoy this - the major failing being that it is just very average and hard to recommend, I'm afraid.