Year Of No Light Nord 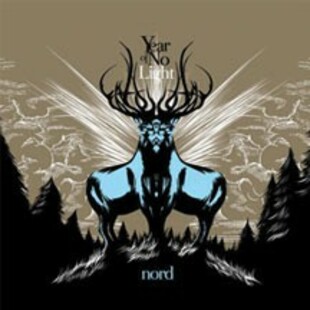 Year Of No Light's debut full-length 'Nord', originally released on French indie label Radar Swarm, sees a larger release through Crucial Blast. If you pick up a copy of 'Nord' you'll know that it's well deserved.

Opening with the awesome 'Sélénite', YONL traverse a heady spectrum of sounds. If you really need reference points then I guess you'll be looking at the more progressed sounds of 'post-metal.' It's certainly not epic-metal by numbers; they're not another Neurosis tribute act. Of course even having this type of sound, unfortunately for the new breed of *ahem* 'post-metal' bands, relegates you to not even being given a chance. Of course, common sense dictates, this is a foolish way to act as a music lover. So anyone that does dismiss bands like YONL can fuck right off in my opinion.

To make things worse for all the cynics the artwork (whilst gorgeous by the way) is distinctly post-rock-ish: the other genre at the moment that no-one's allowed to listen to without being told to "listen to your old records and save some money". YONL do have an edge that reminds one of Explosions In The Sky at their greatest.

'Traversée' is an awe inspiring track that seemingly merges the epic riffs conjured by EITS with Pelican's pummelling heavyness at their doomy best. Vocals sound nothing like Envy, yet for some reason remind me of them. I think it's the slightly off-beat phrasing they use. I love the way they mixed the vocals - their perched perfectly in the mix. In fact I love the way the record is mixed. Everything is so understated. If the riffs we're louder it'd be so much more sludgey, if vocals were turned up it'd be an odd epic-noisy hardcore record... But the mix doesn't let anything down - it sounds organic, everything is naturally at it's right place.

This record doesn't let up and an hour goes by in a flash. This is an absolutely brilliant record. It's not, for the most part, genre-bending, neither is it revolutionary. What some need to remember, is that many bands, never claim to have attempted to write a record like that. Be sure to at least check out 'Traversée' which is free for download off their website. Don't be the fool who walks by this release because some lazy review on a marketing sticker claims they sound "Just like your favourite band ISIS!!!!" There are great bands to be found, even in the scenes that are overrun by pretenders.