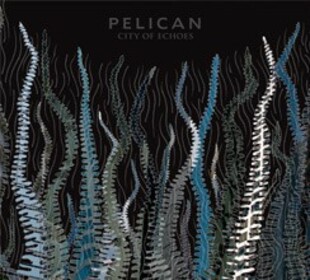 Personally, for a while I have been barely able to listen to anything that's vaguely post-hardcore or metal-core. A lot of people seem to agree that we just need to either do something new or simply have some fun and lay some fat riffs down in short songs. What does that have to do with Pelican? Well after I attended a festival recently rammed full of atmospheric post rock I realised I felt the same about this genre too. The originators were great (90-95) but like anything else it gets over played and eventually becomes stale and old hat. I literally couldn't bare watching many of the bands by the last day of the festival. According to bored protestations about my posting to this effect on this website's forum I'm apparently not the first to say it either.

When Chicago's Pelican came onto the scene with their first EP in 2003 it felt kinda like an instrumental ISIS with massive (almost stoner) riffs, a more positive overall vibe and slightly less minor key riffing. It's a truly great EP if you like heavy music and they really delivered live when I saw them back then. Their debut album 'Australasia' went down well with everyone and their third album broke more new ground and came at a good time for post rock/metal generally. The climate is a little different now. There are a gazillion arty post rock bands with big riffs and we are all used to hearing it with and without vocals now too. They need to deliver. So how is Pelican's latest album?

Actually, it's much better than I expected. Predictably, it's cleaner, less heavy and it has more melodic elements. But the songs are shorter which helps and there are no sections which drag and/or develop into cheesy and obvious post rock. They are a cool band and it's still good stuff and worth listening too, especially (gulp) in the background. There a couple of really great fast riffs - which do come and go rather too quickly - and a few nice structural ideas to keep the listener interested. Track 5, 'Dead Between the Walls' is great and shows what could have been with it's comparatively energetic guitar heavy work out. Sadly, it's true that overall, the album does sound quite generic - it literally could be a mid to late period Mogwai album. The production is more flat and generally weaker than before in an indefinable way. This is especially true in the last section which is quite easy to zone out too. There is a short acoustic number again and generally nothing on here you wouldn't expect. Why do so many bands get mellower as they progress? Also, the drums have always been pretty basic and that style worked a lot better when the riffs were carrying the tunes.

After seeing a lot of their contemporaries and protégés live recently I would definitely say that Pelican are worth supporting, but I wish they would more regularly unleash either their raw power or add something new to the mix. If you like this style it's definitely worth a purchase, but I worry that they are losing their original fanbase and I wonder where their new one will come from. Rock it up guys!