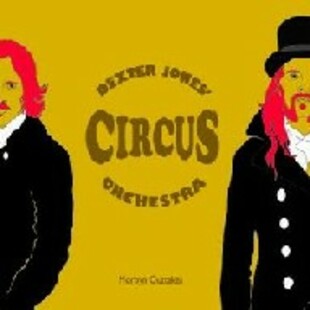 Dexter Jones' Circus Orchestra is one of those band names I've heard positive vibes about for a while now yet stupidly hadn't got round to checking out their debut album. More the loss for me then, judging by this stop gap EP (released prior to their next full length, due out on Fuzzorama in May), because the four tracks here showcase a band that have something special going on. And if this truly is a collection of mere outtakes, then the album will no doubt be one of the highlights of the year.

The music is a beautiful blend of stoner rock and blues that never gets heavy. It eschews the distortion and more pronounced vocals seen throughout stoner, instead settling for a nice, rolling vibe that is infectious to hear. The production is spot on - the instruments magnificently layered, and the superb musicianship shines through, making this blatantly more than another 70's rock rehash.

There isn't a weak song here, although it does seem to get better track by track, with 'I Do My Best's guitar solo probably only slightly eclipsed by the following finale that is the wonderful, melodious 'Expectations'.

The forthcoming album, 'Side By Side', has taken on that "must have" appeal. Even if you don't feel tempted yet, Dexter Jones' Circus Orchestra are touring the UK in May and June with Josiah - go catch them live and see what all the fuss is about.