Terraplane Into The Unknown 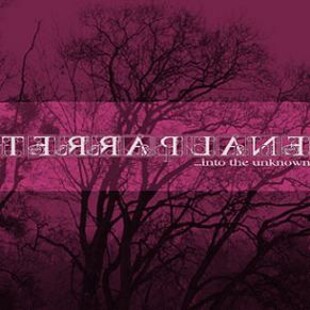 The press information with this CD from German psychedelic riff-meisters Terraplane tells us that this is their farewell record. But, worry not. Terraplane have morphed into the new beast that is Green Monkey and continue to rock 'slow and spaced-out' in their new incarnation. To this I say a hearty and happy: Good. Terraplane have real potential. They show it in patches on 'Into The Unknown', it doesn't always work but, when it does it's some of the best modern chilled-out psychedelic rock I've heard.

Let's not get too carried away though. Of the nine tracks on the album (eight tracks listed plus one hidden instrumental track) there is a reasonable wedge of filler. Not bad tracks neccessarily but, not up to the standard of some of the others. Third track 'Once I was You' is underpinned by solid riffs and good Stooges-esque, effect laden vocals but, seems to only reveal it's potential with the guitar solo in the middle section otherwise it passes by fairly forgettably. A strange choice for the band to put on their myspace page. It shows their skills and sound well but, there are far better tunes on the record. Album opener proper (after a little sampled intro) 'Orange Salvation' blunders in like a pissed-up Baby Woodrose with its heavy, fuzzed up riffing and makes an immediate impact. It actually allows 'Once I was You', which follows it, to launch off from it's inertia and it makes it seem like a much better track in the context of the album that it does standing alone.

The album turns in on itself after the initial rush of the short (2.53 and 3.46 minutes) openers. Fourth track 'Moonflower Blues Pt.II' is a mellow lilting psychedelic mood piece. There are hints of The Doors, the mellower moments of Sound Garden and the distant wailing echoing guitar so loved of many modern post-rock/psychedelic bands. The track sets the listener up for what is undoubtedly the jewel in the crown of this release. Fifth track 'Mantra' begins with a really cool slow, almost doom riff with the vocalist crooning over with lines like "You can't give any love, without losing part of yourself". Nice. From the moment the track starts, if you know anything about psychedelic rock you will already be hearing the impending wailing guitar that is destined to accompany the underlying riff. That's not to say that it's predictable. More 'text-book' really. But, in the best way possible. When the guitar does come it is as close to perfect, as close to how you hoped it would be as this type of music gets and I don't say that lightly. The groove, the riff and the solo guitar in glorious harmony. The way the cosmos intended. I almost shed a tear. This song would absolutely slay in a live setting and I really hope the new band adopts it and keeps it going.

Nothing on the rest of the release can live up to the majesty of 'Mantra', in fact it is followed by another Stooges-y uptempo rocker called 'Lower'. It's ok really but a bit of a comedown, though I'm sure that the meaning of title and the effect the song has are probably unintentionally aligned. The following track 'Black Mystery' is a mostly acoustic, echoy, bluesy number that again, is ok in itself but seems to be taking the album away from the direction you were pleased it was headed after the might of the middle section. The album is pulled back from the brink with the listed album closer and title track 'Into The Unknown'. It brings back the spacey, Doors vibe and the underlying groove. The slow build up segues from laid-back guitar passages into implied crescendos over 15 minutes whilst taking in sitar passages and some prog-style noodling along the way before cranking up the gain and fuzzing its way into oblivion. Not one to sit and digest per-se but certainly a track to accompany a late night smoke/drink. End on a high indeed. The following 'hidden track' called 'Dancing in the Fire' is a solid groove heavy, fuzzed up instrumental not dissimilar to the opening track if a little heavier. It is worthy of inclusion on the album no doubt but, would have perhaps been put to better use earlier as it's a little out of place after the ideal closing material of the title track.

Overall 'Into The Unknown' is a pretty good album. There are peaks and troughs for sure but, fortunatley for Terraplane the highs are well worth the lows and I would reccomend any psych fans to check this out and certainly keep an eye out for Green Monkey. They could be special.

Forums - - Terraplane - Into The Unknown