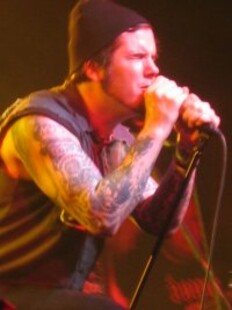 As I sit here writing this review I am wearing my new Down T-shirt. It cost me £18.00 and has a pelican on the front. Pretty much everyone else seemed to be buying the one with the Jesus face smoking a joint on it. And I do mean pretty much everyone. When arriving it was difficult to see into the venue for the hoards massed around the merch stall all happily, almost manically handing over their £18 or more for a little slice of the Down goodies.

Two friends of mine wanted to get into the place early so, went for a drink first and then showed up at Rock City at 7pm as the doors opened. They were greeted by a queue stretching up the road for about 70 yards. Clearly quite a few people wanted to get into the place early too. I arrived around eight o'clock and strolled straight in the door. My friends had just managed to check their coats into the cloak room. I didn't have a coat.

The size of Rock City's main hall usually works against the atmosphere in the place but getting to the top of the stairs and entering the main hall there is definitely a good vibe and clearly a lot of anticipation to see this band. We add our own little bit of anticipation to the crowd and head straight to the bar.

On the venues website and on the tickets the support band for tonight is quoted as the usual "special guests" so, there was plenty of speculation as to who it would be. Maybe Crowbar will play a short set, maybe Corrosion of Conformity. No. A video. Great. Not the most exciting prospect. The video was a little dull to be honest but it was at least mildly entertaining. The crowd reacting almost Pavlov's dog style in their cheers, every video that came on from Sabbath to Queen illiciting a big roar that kept making me turn around from the bar thinking the band were coming on.

It is testament to the collected members of Down, their awesome two albums and their previous bands work that when they do arrive on stage, having never toured in the U.K before, they are met with the rapturous welcome of returning heros. The venue is a little short of capacity but from the volume of the crowd you would never tell. Down bound out onto the stage and unleash all hell.

The band are clearly enjoying themselves and are a pleasure to watch. Phil Anselmo has lost none of his Pantera swagger or ability to work the crowd. Each song is met with recognition from the masses and boundless energy from all. If there is a greater or more loved band on the planet today playing this kind of heavy as fuck, bluesy, Southern rock then I've not been looking hard enough. Down quite simply slay tonight. They plow through most of both albums. With particularly fevered response coming for tracks like 'Lifer', 'New Orleans is A Dying Whore' and 'Losing All'. Every riff is correctly anticipated by the audience and every word enthusiastically hollered back at the band. The band play as tight a set as I've seen in Rock City and the sound is spot on. There is a surprisingly intimate feel to proceedings and the band take time to interact and share a little banter with the fans. 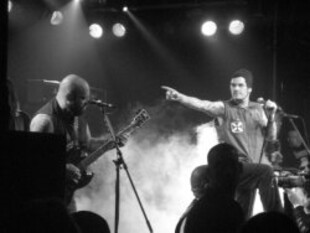 The highlight of the night for me had to be the first encore of 'Stone the Crow', the combination of slow strummed clean guitar and a break-out bastard of a riff has truly never been put to better use inside the walls of Rock City. The second encore was drawn out a little by Phil Anselmo making the crowd cheer louder for it before they would come back on in pure rock god style. When they've got the riffs the people want, who can blame them for making you work for it.

A band have got to be good to pull off two encores. They have to be good to open the doors at 7pm and keep the people entertained without a support band until getting on for midnight. They certainly have to be good to charge almost £20 for a ticket and £18 for a t-shirt. But, all of that is no problem for Down because they are quite simply great.