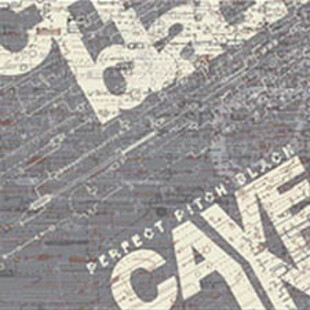 Well this one flew in under the radar. I had no idea it was even coming out until I saw it in my housemates copy of 'Q', (I was bored,) as the Cave In website has gone very quiet, presumably to do with the bands split with RCA records. So it's back to Hydrahead, and by crikey I was a little surprised when I heard the record. After seeing many interviews with the band stating they couldn't write heavy songs again even if they tried, there's enough of Caleb's screamed vocals on here to make it almost a bona fide metal release. After the slick 'Antenna', and the record industry being as shit as it can be to the Boston boys, there's a fire in their bellies once again.

After the static of the opening title track, you're launched face first into 'The World Is In Your Way', opening with an almost cheesy single note riff, Stephen taking the verses and Caleb bellowing the huge choruses. The track is stretched out a little, but the mostly instrumental last half contains a few moments of pure genius and the track is a perfect mid point between 'Jupiter' and 'Antenna'. Most shocking of the album tracks is 'Trepanning', a groovy number in a major key which still manages to be both heavy and dancable until the middle eight where it goes bizzare, guitar and bass trading bouncy melody lines.

'Jupiter' had 'Requiem', 'Antenna' had 'Seafrost', (unarguably two of the finest songs ever written, and I'll fight anyone who says otherwise,) and 'Perfect Pitch Black' has 'Paranormal'. Admittedly, I skipped this one a few times as it starts off similarly to 'Beautiful Son', (unarguably the worst track the band have ever recorded, and I can't even be bothered to fight anyone who disagrees,) but felt I shouldn't write a review until I listened to the whole thing. I'm glad I did. It's the albums epic number, with too many sections to count, let alone desribe, although a special mention is needed the part around five minutes in when it drops completely, leaving a wash of ambient noise and almost no percussion while guitar lines are beatufully traded, bass lines drop in and out and vocal "ahhhs" sit over the top of the whole thing. I nearly cried.

It's not all great though, 'Down the Drain', being a strummy acoustic number saved from complete blandness by a bubbly synth overdub and some bizzare guitar noises. Likewise, the album tails off a little towards the end with 'Tension in the Ranks', which veers worryingly close to the attempts at writing commercial pop-rock the band tried a few years ago.

Despite statements abound that the album is a stopgap of odds and ends, there's a lot of great material on here. The album is a perfect mixture of every sound the band have ever come up with, and despite it's odd stumble, it's an inspiring record and a happy return to form after the shaky 'Antenna'. It's worth buying for 'Paranormal' and 'Trepanning' alone, and as most shops seem to be selling it for about £8, it deserves a place on most peoples shelves.

As I write this, I read of the departure of JR Conners from the band after ten years due to a serious wrist injury and other undisclosed factors. I'm not usually a big fan of drummers, being the sexual deviants they usually are, but it's easy to see how talented and innovative he actually was listening to tracks like 'Stained Silver', 'Big Riff', and pretty much anything off 'Until Your Heart Stops'. It made me both sad and at the same time chomping at the bit to hear new material written with Converge drummer Ben Koller.