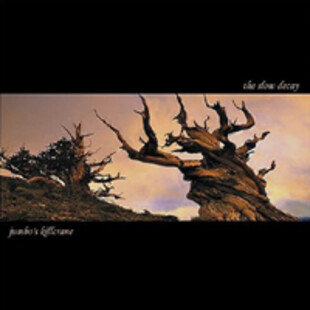 This is in no way a bad thing. Basically, you get a nice little atmospheric intro - a bit of drone, a bit of clattering on cymbals - and then it goes into a slow sludgy riff, followed by more sludge but in an odd time signature. Rinse and repeat for 40 minutes.

It'd be very easy to file this in the already groaning box marked Generic EHG/Melvins/sludge-doom, but that wouldn't really do it justice. It's clear who these chaps listen to, but they've done more than just lift the bits they like and stuck them together. There's a sense of space and depth that lifts it clear of much of the competition, and their attention to detail, as well as the great production, makes it an album that's as rewarding on the tenth listen as it is on the first.

Being a drummer, I get unwontedly excited when the drum sound is just right - here, it's got that Melvins sound that makes me a very happy bunny. The weakest link is the vocals. They're your bog-standard Satan-on-Strepsils doom fare, but they're kept mercifully low in the mix and don't get in the way. Other than that, everything is very much as you'd want it.

Heavy riffs, spot-on timing, the kind of slightly-overlong repetition that makes for good smoking music, and enough grumpiness to make it a decent commuting soundtrack. Result.