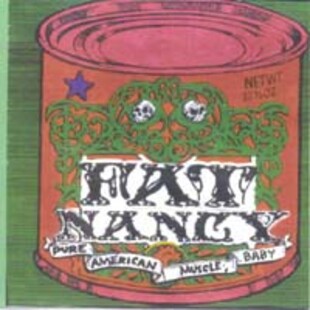 The reason some hard rock bands stand out from the others is because they tend to have something that makes them unique. They try new things out, approach the music in a different way or just write kick ass riffs. Sadly, none of these things apply to Fat Nancy. It's the kind of album where halfway into the first song, 'Dance Little Suzy', you're already wondering how much longer there is left. It's got all the makings of a classic clichéd rock song, a fast, dull riff, ridiculous vocals and nothing else. And it doesn't pick up after that. 'Hot Lottie' sounds like something AC/DC or ZZ Top might play around with before chucking away having realised it's shit.

In fairness, they do try and rip off a broad range of 70's music. 'Just Another Mother' gives a bit more of a trippy vibe. 'Children Of The Midnight Sun' is a particularly weak track, I just can't work out what they're try to do. It's basically a piss-poor Sabbath riff without any of the menace or atmosphere, with some plain stupid backing vocals in the chorus. But picking out individual songs is a waste of time. There is not one song on this album that I'd want to listen to again. Why bother? I could find a million other stoner rock bands writing the same banal boring riffs, or I could listen to bands that did it first and did it a hell of a lot better.

Of course I could be wrong. This could all be a massive joke designed to show how just ripping people off can be fun. The vocals are a bit of a give away I reckon. Here's just one example that came on while I was writing this sentence: "She is the chosen one, in a long red gown on the merry-go-round, candy floss in her curls". It's just comedy gold. Surely they must be aware that they're writing such bollocks? Surely? Somehow I doubt it.

So there you have it, just avoid this album. It has nothing going for it. Just pick out one of those generic stoner albums you have out and write Fat Nancy in tip-ex over the album cover. The musical effect will be the same.