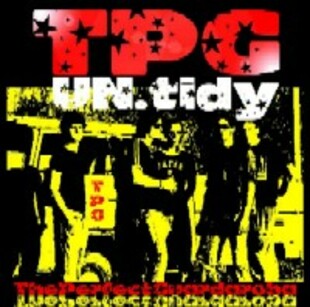 Perhaps a slightly unusual choice for 9Hz, TPG are a rock'n'roll/new wave 5 piece out of Italy with more in common with The Strokes than Black Sabbath. Like The Long Guns, (reviewed elsewhere, expertly I might add,) they play a straight ahead brand of tuneful rock and listening to the album, you can picture them throwing all the right shapes on stage in the kind of sweaty dive garage bands seem to thrive on. It's all there, from the laconic vocal delivery, four to the floor bass, skittery drums and foot on the monitor guitars. It's a little hard to tell from the picture on the album, but I bet they're all wearing tight jeans and wishing it wasn't too hot to wear their leather jackets.

To be fair, there's more to them than second rate Strokes wish-they-weres, thankfully by making songs on their album sound different from each other. There's also some good riffing on here, a surprise for a band like this who usually rely on chord changes with little in the way of memorable guitar hooks. It's not all good though, as the solo on 'I've Got No Hope,' being a particular example. Anyone who plays guitar and noodles around the minor pentatonic scale* will be able to play large slabs of it given the right key. There's also not enough that sticks in the brain, and one song seems to pretty much run into the next as they all seem to be in similar tempos and keys. Annoyingly, the mood changes at the penultimate song '6 Years After,' which slows proceedings down and throws in some interesting guitar and bass work.

Sadly, anyone who reads the reviews here and notes who wrote them will know this type of thing isn't really up my street. TPG certainly have some good tunes, but I found my attention wavering by just past the mid-point of the album. Fans of The Strokes, Kings of Leon etc will find it sits nicely in their record collections, which judging from the press release is pretty much the idea, but anyone else would be wise to save their shiny pennies for something a little more ground-breaking.