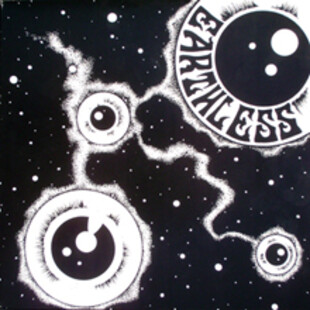 This here release answers the oft asked question: What do you get if you put together one compact disc, three men, two tracks, forty two minutes and probably more than a few psychotropic drugs? The answer, of course is Sonic Prayer. A 42 minute plus masterpiece of improvised jam rock.

A simple drum pattern starts track one. The sense that you just missed hearing a conversation that ended "ok, lets roll the tape, one, two, three, four" is almost palpable. It's called 'Flower Travelin' Man' and as soon as the bass joins in a big smile should spread across your face and your head begin to nod. If it doesn't then get out now. This groove ain't fo you!

It's a slow stoner groove, it's smooth and it's melodic. The guitar begins and follows along with the rhythm for a while but pretty soon takes off on it's own searching over the groove. It's five minutes in untill you realise there's no vocals and no need. It's bass, drums and guitar baby, it's gonna be twenty minutes of tune and your gonna like it.

Earthless includes members of punk bands Hot Snakes and Clikatat Ikatowi but it really doesn't show. It's like they had some mammoth store of rock groove stuck inside their little punk heads just bursting to escape and to make one hell of an enjoyable racket in the process.

The second track, 'Lost in the Cold Sun' has a more space rock/psychedelic vibe from the start. The guitar plays slowly over a faint siren sound and has an almost Doors like vibe. It's a less immediately involving track but no less intricate. If you're listening intently it may drag a little but listen intently while under the influence and it soars. Like early Yob or the more psyched moments of Kyuss, this is a grower for sure. I'd urge any fans of the slower side of stoner/doom to check this out. If you dig Isis / Pelican / Electric Wizard / Truckfighters etc. I reckon you'll dig this.