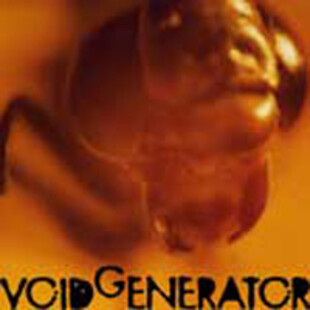 It has been a revelation, that's for sure. Prior to the invention of ninehertz, the number of Italian stoner rock bands that I knew of could be counted on the fingers of Captain Hook's bad hand. Yet in the last six months or so, a whole new world has opened up before me - a seemingly great network including the Perkele webzine and WUCK Records label, and band after band putting out high quality stoner rock. To this list, which includes the likes of El Thule, Alix, T.H.U.M.B., Black Hole of Hulejra and many more, you can now add Void Generator.

While this may only be a self-released four-track demo, it is a highly accomplished debut that should lead to bigger and brighter things. The EP has its base in the space rock stylings of Hawkwind and Monster Magnet (with the ever-present moog-like trippy synth noises) but doesn't dwell on the well-trodden formula, instead departing from the sound on each track in different, innovative ways. 'Sideral Connection' is a slightly deceptive opener, it being the most standardised stoner rock track on offer. It's still an excellent beginning, and gets better by cracking into a slower, heavier riff that is pure Kyuss groove and then petering out into "Space Echo" (apparently an instrument, utilised here on every track).

Next track 'Blues Ky' shatters any niggling doubts that Void Generator may be nothing but very good copyists (and, no, it isn't a musical ode to Kyuss, as the title may hint) by changing the direction completely. The bright, summery opening is almost reminiscent of Weezer, and the track maintains it's upbeat feel throughout. The second half of the EP is given over to spaced out rock, but begins deceivingly, on 'Electric Treatment', by opening with a riff that wouldn't be out of place in the more commercial side of modern metal, shall we say. The song suddenly brakes to an almost halt, and plods along in a drugged out acoustic state, similar to the mellow moments of Opeth.

The final track, 'Suite #2', is even more lost in a tripped out trance. It's as if Void Generator ate some space cakes at the start of the recording, with each track sounding that little bit more fucked, yet mellow in a psychedlic manner, than the previous, until the glorious, unpredictable finale when the full effects have kicked in. Taking a couple of minutes just to really begin, not much can be heard apart from the Space Echo, in it's element here, and a few acoustic strains, until, slowly, but surely, more layers of guitar and sound are subtly added, in an almost Isis manner, and a more coherent track appears. It's a beautiful development, made all the more by the (snail) pace of the changes.

If Void Generator can match the strength and quality of this demo across a full length album, then it will be something special to behold indeed. Yet another Italian band setting a high benchmark for stoner rock - there must be something in the pasta.