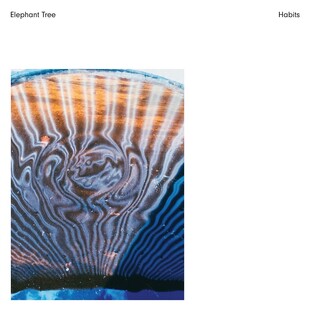 It doesn't feel long at all since Elephant Tree's Attack of the Altaica demo arrived, with its spacey sample and slacker fuzz cool making instant heroes within the UK stoner underground. It's easy to forget that they're no longer one of those happy secret bands you cherish to drop into conversations of friends you know will get it. As not only have there been seven years and two albums since, the last of those (self titled) has propelled them to global recognition, with good cause.

In that time, they've added Pete Holland (Stubb, Trippy Wicked) to their ranks, and tinkered subtly with their sound, which can be tracked across their releases, from the surprising but welcome Weedeater sludge-isms of Theia, to the mighty, speaker-crackling fuzz anthems of Aphotic Blues. It has not gone unnoticed, with the band playing across the world and signing to Holy Roar and Deathwish Inc. for this here new album.

Habits feels like the culmination of that journey, perhaps not of self-discovery, because at every stage they offered something vital there and then, but perhaps towards a purity of what they were trying to achieve. It passes on every mark. The pre-released 'single', Sails, shows why, grand yet airily lush and ethereal, the tinge of doom on the still hard hitting guitar gratefully present, a higher plain of reality where Siamese Dream (or earlier) era Smashing Pumpkins share instruments with Elder. It is excellent.

There it is again on Faceless, that crunch in the riff piercing through the clouds, a perfect balance of light and weight. The tempo increase and scratchy guitar change midway jars you from the sense of serenity, a lead into a masterful last few minutes, an evolution that both specifically (to this song) and generally highlights how Elephant Tree now transcend the lofty status of their self titled album, showcasing why they're held in such high regard.

Exit the Soul completes an unbelievable trilogy of songs in the first half of the album, an assured stride, encased in a comforting cinematic space surrounding. It may not have that surging, bold rise, but that's simply because it reaches its peak early and pauses there, admiring the view. These three songs dominate my initial repeat plays, but perhaps just as the most immediate; the whole album flows and hovers on a high line of quality (with only the overblown final track missing the mark for me).

And there's that sludge groove in the first few seconds of Wasted, the one that seems incongruous with the general sentiment of Elephant Tree's core sound when you're thinking of them. It pulls back somewhat, but sets the levels, driving and drilling through the track's undercore, a weighty template to base their mainstays of rock beauty and melody upon. Bird drops in and out of vocal to the fore delicateness, with reminders of All Them Witches, and powering forceful fronts, ending with a satisfyingly bold stoner riff sign off.

Habits is a new high point in what is now a catalogue of essential releases. This feels like a landmark album, truly a statement of a band flying high and free.