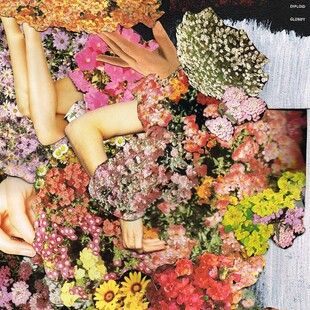 This is warped hardcore and powerviolence, and I love it. Diploid reach my ears from Australia, via the eclectic output of Art as Catharsis - a label that'll throw world music and jazz at you and then blackening immolating inventive and horrific music such as this arrives and all you can do is hold your hands up in praise.

For this is wonderful - in the moments of straight up powerviolence it is excellent, and it could exist as a whole as such and we'd all be happy. Yet there is much more to the album, a template bending vision that experiments with timings and input elements and more.

The purer PV reminds me of the mighty Despise You, energetic and punk and aggressive and fast. Minds Like Clouds, Yet it's Storming is perhaps the best example, raucous dual vocal diseased vitriol. As it grows, you sense a band in the high echelons of metallic and/or grind and/or more extreme ends of hardcore - think Cloud Rat's cerebral discord, as seen on the full on Less.

They wander further afield from their base - Grandiose Solutions' gabba beat and death metal grunt combo marries for a flash 51 seconds, and there's a thrashing element to the drum-led call to arms of Daisy's Red Room.

The Narrator of Suicide deserves specific mention - everything at an offset angle, that pretty shimmering entry at odds with the gruff vocals, the harsher shriek backing it up, distant chatter buried within the stalking slow tempo, the scars of noise shards. The Body's unnerving restraint that threatens horror in the shadows, an uneasy creeping sensation released when light is cast upon it.

The album is summarised and highlighted perfectly by the pairing of Homicidal Art and No Funeral, slower, allowing for breathing space, yet only filling your lungs with black smoke and toxic fog, the first notes of doom present on the former, noise rock for the latter. They are tracks of a band on an elevated creative plain.

Glorify is fifteen songs long, and, as per my opening sentence, I love all of it. Diploid, although new to me prior to this, are one of those bands that really mean something, providers of more than just great music, but pioneers of phenomenal uplifting emotional music from within a sound where you'd expect only desolation.