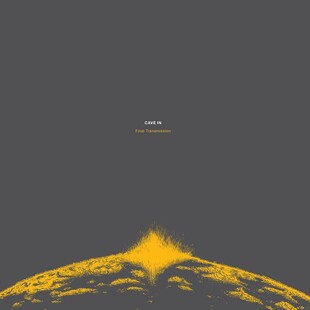 This is a difficult one. I've been a massive Cave In fan since Jupiter was released in 2000, and I've seen the band at least 5 times since then which I think is a personal record. I was lucky enough to interview singer/guitarist Stephen and guitarist Adam for 9Hz back in 2006, and as well as being sickeningly talented musicians (Stephen was just 19 when Until Your Heart Stops came out, which is crazy), they're also incredibly nice people. When the band started playing their older material around 2003, bassist Caleb Scofield stepped up to take up vocal duties and you frankly wondered why he hadn't done it sooner. He had a voice like a speeding freight train, and managed to play some brilliantly inventive bass parts on top of that.

A large part of my teenage years were spent listening to grunge, and I've seen a lot of band members (usually singers) from that era pass away, but it still hit me hard when Caleb died in a car accident in March 2018, being a bass hero of mine and only a year older than me.

Final Transmission has been put mostly together posthumously from rehearsal room and demo tracks, the notable exception being the title track which opens the album and which was lifted from a voice memo from Caleb to the other band members containing a sketch for a new song, consisting solely of an acoustic guitar and a wordless vocal melody. It's one of two tracks on the record to feature vocals from Caleb, and overall I definitely missed that critical element that pushed songs from Perfect Pitch Black and White Silence over the edge in terms of heaviness.

The album in general leans more towards the melodic space, rock side the band established with 2000's Jupiter and have been using in their material since. Lunar Day is the record's most experimental offering, lacking any percussion other than some drawn out cymbal swells and covered in a wash of guitars while still keeping a traditional song structure and a strong vocal melody at its centre. The music to All Illusion was written by Caleb, the instruments being tuned to the drop B used by Old Man Gloom rather than the usual Cave In tuning being a give away. It's a sludgy crawl and one of the heavier tracks on the record along with Led to the Wolves, a rough practice room recording with a strong bass led verse pushing into brutal, atonal choruses, an effect amplified by the quality of the sound.

While it doesn't have anything that hits the high points of tracks like Big Riff or Sing My Loves, it's the bands most consistent record since Jupiter. The only low point is a comparative one and comes at the end of Lanterna which drops out to a sole guitar before the rest of the instruments rejoin, and just when you think the song is going to continue and explore the new direction the track has taken, it just stops. It's a rare moment of a bit too much self restraint on the band's part.

Final Transmission is probably the band's most laid back and melodic offering since Antenna, and what you get out of it will largely depend on how much you miss the heavier side of the band's sound, which mostly takes a back seat here. Considering the piecemeal origins of the individual songs, it's an impressive achievement that it sounds as cohesive as it does, and being bookended by Caleb's vocals on the title track and Led to the Wolves, it's a fitting tribute to him.