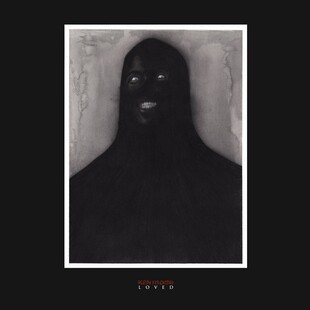 It seemed a little odd that a band all the way from Winnipeg, Canada were playing a Scream pub 10 minutes from my house back in 2014, but there KEN Mode were, supporting Hark. It was love at first sight and my daily commute is still regularly soundtracked by Entrench, which contains 3 of the best opening tracks I can think of on any album in Counter Cuture Complex, No, I'm In Control and Your Heartwarming Story Makes Me Sick. The follow up, Success dropped shortly after their appearance at what was to be the last Temples Festival in 2015 and for one reason or another, it didn't click with me at the time. My memory of it was that it leaned too heavily on the art rock side of their sound and lacked some of the complexity that I could really get my teeth into with the prior album's tracks. Re-visiting it in anticipation of Loved, I'm pleased that it's better than I remembered, although when it crops up on my MP3 player, 90% of the time I think "Ooh, KEN mode..." and then put Entrench on instead.

So can Loved muscle its way into heavy rotation? Happily, yes it can. It's more immediate than Success but still packs a lot of the more angular noise that makes the band more interesting than most of their hardcore peers. Oddly for a 9 track, 35 minute record, it's also a bit of a concept album with the lyrical content written to either give a voice to or to appease "the smile", the sinister Lynchian figure who glares creepily from the album's cover art. And it works too, the snippets of lyrics that you can pick out of the fury helping pin down the album's themes of a loss of identity and a terrifying freak who just wants to be... well, loved.

Opener Doesn't Feel Pain Like He Should sets the tone for the first 2/3 of the album and carries on the bands tradition of coming out of the gates strong, an excellent piece of hardcore with a tense, spiralling guitar figure in the verses and an abrupt tempo change for the middle 8 that risks giving an unwary listener severe whiplash. There's some saxophone scattered around the album to provide some tonal variation with some gentle jazz inspired patterns on This Is A Love Test or some atonal skronk on The Illusion of Dignity. Album closer No Gentle Art is a crawling 8 plus minutes, building steadily with a simple, driving riff towards the end, where Jesse/the smile screams "Stop giving me hope" pitifully alongside eastern scale saxophone improvisation.

For everything it does right, there are always faults to pick. The first 6 tracks or so are relentless and things don't really take a breather until This Is A Love Test, which means the parts where you feel like the band had intended that things get especially heavy have trouble standing out. I find myself wishing that the last 3 tracks, which are more varied in speed and feel were scattered throughout the album so the middle few tracks didn't get lost between the opening salvo and the relative calm (in terms of tempo at least; musically and lyrically it's still incredibly brutal) of the closing numbers. While the album suffers a little from a little sag in the middle, it's good to see the band back doing what they do so well. It feels like they've been a well kept secret for too long and Loved is proof that they deserve a wider audience.