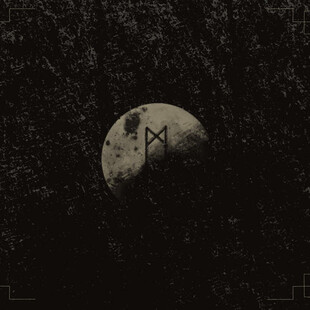 This came out in April, so I’ll have to ignore the edict from my editor to review only new releases - he’ll have to fight me if he tries to stop me eulogising about this, as it deserves as much wide spread attention as we can help further.

Monolith (a band name so oft used, this one from New York) appear at first to be straight up, albeit very good heavy doom - the title track begins, a caustic headfirst launch into Conan battle riff. Sludge waves crash back and forth, with surprising melodicism, particularly through the vocals the more it goes on.

The longer the album goes the more it reveals, proving to be much more than eyes-down noise mongers, there’s great depth in their cavernous sound, unexpected subtlety lodging in the crevasses of the sheer, sharp and bleak cliff faces inhabited by Grey Widow or Lord Mantis.

On some level you suspect there’s darkest Neurosis reverence at play here too. Coward gets lost a little in its own malevolence, but perseveres for a strong, almost emotionally charged ending few minutes.

It peaks with Phantom Limb, where an aggro beginning delivers a mighty force, a track that you can’t take your ears off of - it really is superb, the energy expended by the band evident by the end, drawing you in, intertwining your fate with theirs, as if your sweat and soul were being requisitioned for the cause.

The final track follows the post metal blueprint, the obligatory quiet period flat in its inevitability, the A Sun That Never Sets styled dense release good, but for a band that has shown innovation to this point all too familiar.

A minor blip, and even then only in context to how good the album is to that point. Monolith have created something vibrantly exciting here, between the pillars of harshest blackened doom, progressive metal and fierce sludge, with a dash of humanity laid bare within, Two Wolves is rather special.