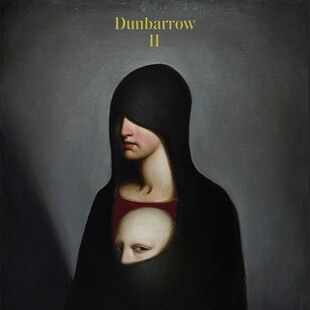 It’ll come as no surprise from first impressions, but for the record Dunbarrow offer modern Scandinavian proto doom. II carries a classic eerie tone throughout, an occult time hole burrowing back 40 or more years.

On Your Trail begins the album well, with a spirit raising slither of magic towards its end. There is an obvious and close comparison to be made in Witchcraft, particularly Firewood era, but you give it a pass this early on.

Problem is, it continues deep into the album, to the point of it becoming an issue pretty quickly. See third track Weary Lady, with its mystical storytelling, retro rock vibes running through its core... and a direct imitation of Örebro’s finest.

There’s arguably room for a band to step into this sub genre right now, with the leaders - whether their muse, or Graveyard or Kadavar - all having dropped off in quality in the last few years, but this too closely aligned to a single source to ignore.

When you put this central issue to one side, as you probably should, there’s some very good music to be found. This is best exemplified on The Wolf, which flourishes, particularly towards its end.

Of course, Witchcraft themselves are direct revivalists from a proto metal lineage, and this perhaps makes my complaints unfair. But none the less, this is too obvious not to hinder. It’ll matter less to many of you into the modern burst of this sound, starved of a classic album for the last few years, and that’s fair, and a more forgiving soul coupled with the quality evident will make for a strong attraction.