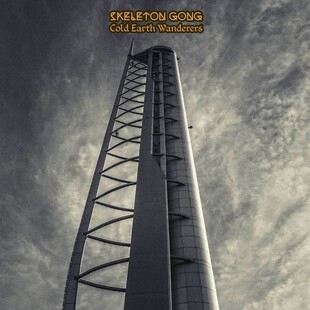 Notes of Paradise Lost and My Dying Bride can be detected. It holds your attention, despite a lack of vocals, across its seven minute outlay. The following Thou Gloomy December is even better, and nearly twice the length. Vocals arrive, ethereally floating above the doom funeral march. There are reminders of modern yet traditional British dreamy doom of Electric Mud Generator and more recently King Goat. It is compelling.

After another bridge track, the half hour closer The Unnamable comes into view and blocks out the light. It begins in the same moody 90s Peaceville down in the dumps doom as now familiar; sulkily plodding around its velvet adorned bedroom for aaaaages. At eight minutes it wakes up, a bit of a funky jangle which you could imagine leading into some Circulus level old timey revelry, but feels happy enough to trot around instrumentally. A piano middle, Hawkwind approved synth follow up, and then various micro adjustments lead out without much to shout about again.

That’s half an hour I won’t get back. It is by no means bad, fun in places, but I just find it pointless. When I return to Cold Earth Wanderers, which will be soon, I’ll merely focus on what came before. Because it is hugely enjoyable, surprising in its reminders of what British doom sounded like before the modern trends bastardised it (admittedly for better on the whole), losing in that process an identity unique to our isles in that time.