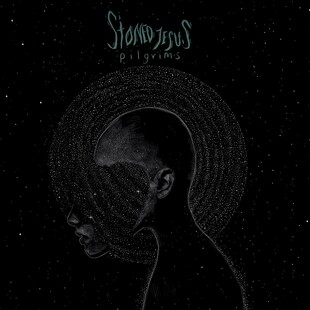 It requires extensive ongoing interaction with and eager knowledge of the modern stoner rock international scene, but for those to whom that applies, Stoned Jesus, the trio from the Ukraine, are thought of fondly.

You can see why in the core approach on Pilgrims, but any more than a superficial look brings with it frustration. Immediate impressions include several plus points, such as decent vocals that don’t trip it up as so many others in the genre do, a modernity again oft missing elsewhere and a nice assured air of cool at many points.

But deeper in there are times when it feels like something is missing, a piece of magic to take the stoner formula template and twist it into something new and definitively their own. At times I’m not sure what the plan for a particular song ever was - the nine minute Feel as an example an exercise in treading water at the listener’s expense.

When there is a purpose, there isn’t always the execution either, Distant Light’s guitar play, astral noise beginning and laid back approach should be heading for a psych groove, but never commits and is lost in bland rock no man’s land. The promo claims a Deftones divergence on Thessalia, and while it ain’t bad and you can see what they mean, it’s as close to Silverchair as it is Chino and pals.

There are moments to enjoy, the Lanegan-fronted QOTSA chilled start of Hands Resist Him gives way to a spritely change up two thirds the way through, the best passage of the album, and while a bit of a drag, Water Me does embrace the psych successfully as it goes on.

I’m being harsh - they’re better than the majority of stoner rock these days, they clearly have the talent... but therefore I’m hoping for more from that starting point, and on the whole left unfulfilled.