All Them Witches ATW 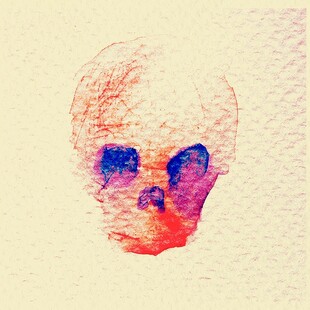 Of all the light-end psych acts trotting the globe at the moment, All Them Witches are one of the most fun, evidently in it for the love and bringers of a fat folder of great tunes over their career to date.

Fishbelly 86 Onions begins with something of a roll, an assured rhythm n blues front, whacky vocal lines to match the title, it has a healthy Wooden Shjips jaunty lack of seriousness. The loose garage feel, and contrasting definite stoner ending combine to a welcoming opening to ATW.

The vocal led opening of follower Workhorse emits the warmth and glow of the band at their best, a slow growth that threatens to flower accordingly. Yet it never truly lets go of the early cast restrained instinct.

This becomes a recurring theme, and truth be told, a stuttering point. There are several tracks that meander along, assumptions that it is building the foundations, setting the stage for grander, deeper, more connective outpourings by song end proving mistaken.

They appear content to wallow in the mellow. There are several moments of blues music as accompaniment of an early morn first coffee of the day... but not as a compliment.

Here’s Harvest Feast though, nice and peaceful, crackling fuzz threatening to break free, the modern blues toying as it keeps it in check. The second half of the near eleven minute allotment is given to delicate chiming guitar shimmers, a psych trip of merriment and comfort.

The album does get better as it goes on, the cool closing Rob’s Dream leaving us on good terms. And for all my agitation, it is a highly accomplished and mature record. But then maybe it’s lost some edge within their growing experience.

Not their best. Or perhaps, to be fair, not the album I’d hoped for. Where I pine for more of the tripped out extravagance of Howdy Hoodee Slank, or the heart and soul and danger of Dirt Preachers, this plays a straighter line. It reminds me of the opposing trajectories of my declining interest and rising critical acclaim of Black Mountain as they went on... so it’s probably just me, and any other existing fans should not necessarily be disheartened.

Forums - Reviews and Articles - All Them Witches - ATW