Kite The All Penetrating Silence 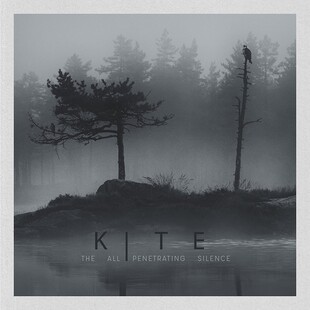 Norway has given us a lot over the years. Fjords, Ole Gunnar Solskjaer, A-Ha and, my personal favourite export, Kaospilot. Well, now those fine Scandinavians have given us Kite.

Not to be confused with another Norwegian band, Highasakite, or the Swedish synthpop band of the same name, Kite have been around since the late 90s on and off but have been operating with the same three-piece line up since 2007 when they released their second album The Hook, The Line, The Sinker on their own label. Over the last 11 years, Kite have been working on numerous other bands but have pulled back together to bring us The All Penetrating Silence however, this is anything but quiet.

The All Penetrating Silence is a 4 track homage of post-metal with plenty of nods to Neurosis, particularly the vocals. Each track is a meandering, dynamic blend of big riffs and quieter, more prog rock type breaks.

The title track is first up and is an almost 7 minute journey of head bopping riffage and driving bass lines. Although the 3-4 minutes of the track are great, it gets a bit repetitive and I’m starting to get the feeling there’s something just not quite right about Kite and this record. After second song Entropic Ruin, I started to realise the problem with The All Penetrating Silence. Actually, problem isn’t quite the right word because there’s absolutely no issue with the song writing or musicianship on this record. The thing that stands out for me is that this record is being released 10 years too late. Everything from the Neurosis/Russian Circles style vocals to the bouncy guitars that sound like they’ve been dropped down half a step (I’m not a guitarist, so I could be wrong). This all sounds early 2000’s.

Pissingwell continues the theme but brings in a much heavier angle to the whole affair, which is delightful on the ears. The EP finishes with Sin Beyond Sin which starts off with a Sabbath-esque riff and Neurosis style vocal that closes out this effort from the Norwegians in fine fettle.

All in all, this is a record from a band who’ve not released anything since 2007 and it sounds like these songs were probably written even before that… and that is most definitely a compliment.

Forums - Reviews and Articles - Kite - The All Penetrating Silence