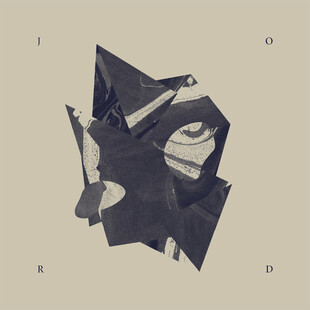 Well shit. How did this one pass me by? Denmark's Møl have apparently already wowed a lot of people with their first two EPs which I'll be seeking out immediately, but in the meantime, Holy Roar, with their seemingly perfect nose for incredible new signings have picked yet another winner.

Jord pops from the speakers immediately. The press blurb talks hopefully of Slowdive and Deafheaven but forget that, Møl seem to be ploughing their own furrow. The shoegaze element is there, but so is a ferocious black metal fist raised, complete with spikes and leather.

The production combines the dark and dingy BM tropes we're all used to, breakneck drums given precedence and vocals soaring with piercing screams, but there's that fat, robust bass under there that only shoegaze pedalboards can provide. The first two songs fly by in a glorious haze and frankly I'm left slack-jawed and overjoyed. Is January too early to be this swayed?

Purists will point out some cliched passages, clean guitars paired with shimmering delay crash resolutely into wild, evil abandon in predictable ways but when it's done this smoothly and with such aplomb, who cares?

The amazement continues, there's depth here you fear has been missing from many crossover bands. The subtle effects never take over, rather they prop up songs already roaring with emotion.

The vocals here need a review of their own. A confident bark one moment and a painful shriek the next means there's no moment they become repetitive or trite.

Even when you think they are dipping too much into the frail, emotional side of things, see the end of the beautiful Lambda you get sprung with the sheer violence of Ligament.

Lyrics here are about change and as far as can be ascertained on the first few plays through, retribution and rebirth. You get the feeling they have the same affinity with the spiritual and natural world that Wolves In The Throne Room have. In a world that seems to be growing colder every year, it's ray of pure joy like this that make it worthwhile.

Look out for this in April, it will be huge.