Drawn from Ichor Dimensions of Empire 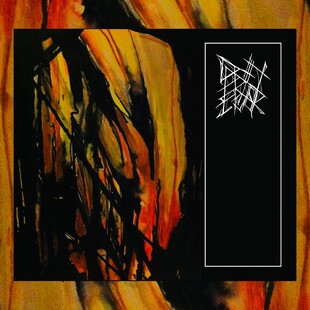 Drawn from Ichor, Sheffield's cacophonous pioneer extreme artists return, and from a fucked up, low base of sanity, they've somehow managed to sink further, through the earth to wallow submerged in the dirt, on a self destructive passage to the magma of our core.

The opener, the shortest of the five submissions, doesn't really begin, straight in, as if you've accidentally barged in on some hell ritual mid-incantation. The following Faction Index is utterly bewildering, blistering static and metallic shards, a swirling portal of blackened noise, bad trip guitar repetitions and strangulation vocals. All out war of instrumental clash, death metal percussion and wiry guitars erect an affront to your mental stability.

Think Teitanblood, Tetragrammacide, Diocletian, Sorguinazia... and then think again, as Populous of Routine enters. Funeral paced, little occurs, a graveyard of deathly wails, spirits and morosity. The drums invade, frenetic cymbals form a patchwork cover across the sky, trapping you in the noise, no air, no light. It ends, you breathe, and you feel puzzled as how a track that began with so little happening could end so claustrophobically.

There's pace within The Body Just Blows, Messiah, a death metal charge, crashes and guttural splurges flying from the sides in wild flashes of violent spark. Shrines to Greed closes, old school grind/death barging through, their ever present roughness in sound scarringly visceral here in particular.

Dimensions of Empire is a dense, deranged and distorted trip, draining simply to experience. There's a strange vitality that throbs from the negative energy, frequently transporting, always fascinating. Drawn from Ichor have spawned something diabolically special here.

Forums - Reviews and Articles - Drawn from Ichor - Dimensions of Empire