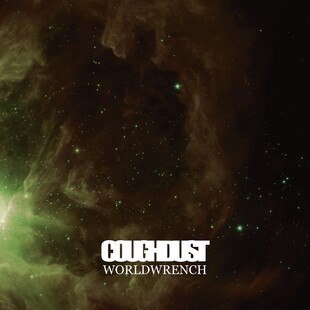 Coughdust, despite having a name that sounds like some sixth form playground knock off semi-legal high, are a serious doom outfit from Finland. Really good too, as it happens, evident from the press play.

Serpents of the Earth's thick layers of doom immediately erected, swaying with sludgey swagger, think Cough, with a threat of darkness akin to Grey Widow. It is mightily impressive. Second track The Second Principle starts even better, a revolving revolting riff that veers into the rancid waters occupied by Indian, which is of course a very good thing. It wanders off the interest radar a little, but the powerful opening is worth repeat plays.

Gripless is simple, slow and heavy, the primitive pace restricted by the weight, a burden that is transferred and experienced even by listener. That it begins to drag from halfway is a bit of a complaint across a bit too much of the album - veering from the deliciously putrid dredgery of Lord Mantis to the less exciting (not-bad-but) jack of all extremes Lord Dying. The increased movement of Worldwrench, the disrupting tornado of riff that collides from every compass point, is unforgiving and collapses in on itself before it overstays.

The final couple of tracks walk either side of the divide. Where I find myself straying from the forgettable Blind, the penultimate Dead Calm is anything but, turning over and over on the central riff, giving you little option but to succumb to its persistent animosity.

Perhaps not the most original release, but it matters little - it loiters in the dingiest booths of doom deprived decadence, and there's plenty of scope for further exploration there before any fears of over-saturation yet. Yet more top notch sludge from Finland, joining the formidable likes of Morbid Evils and Herem, Coughdust offer flickers of grandiosity, even of nuance, but for the most part this is doom of the darkness, restless and belligerent.