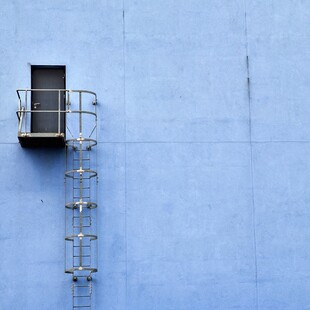 It's not often a name in an email brings back memories, but here we are. Back in around 2007/8 one of my old bands used to play shows with a two-piece Leeds band called Khuda. Tom, their guitarist used to play intricate, complex mathy stuff when this kind of stuff wasn't everywhere, he was matched by an equally crazy drummer.

My abiding memory of Tom is him playing so enthusiastically at an all dayer in Lincoln that his jack popped out, leaving him mute and embarressed, only to plug in again and get carried away several more times. Tom moved to Finland shortly after so Khuda vanished.

This is where we pick up with NYOS, Tom is here on guitar and I've missed a chunk of his music completely. Shame on me perhaps but what a record to rejoin him on.

Navigation creates a similarly impressive set of rich experimentation and texture and even wanders into jazzy formations at times. The insistent patterns of opener Harlem for example really pushes its message right into the cortex. Drums and guitar collide in a delightful way that suggest a free form approach to the songwriting and as a result there's tons of space to let each passage breathe.

The drums form a major tour de force here too. Witness the crazy maelstrom of Navigator to hear some sweet syncopation with Tom's wild axe work.

Calmer waters preside on the undulating Bison which presents a Russian Circles-style nod to post metal before building to a shimmering conclusion. The snare sound here really cuts through and shows what the band can do.

If you tire of two-pieces that sound the same, NYOS could well be the jolting change you need. Truly unique and a captivating listen you can be sure of a thrilling ride with this one.