The Combine Void and Vessel 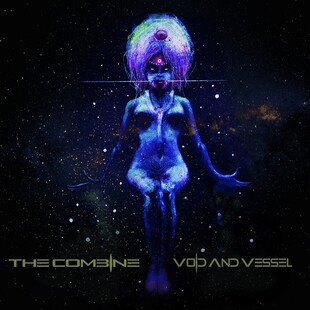 Void and Vessel doesn't start off too promisingly. Opening track Citadel is impressive on a technical level, the band nailing intricate time signature changes and some Mastodon level guitar interplay. But considering Remission is 15 years old this year, there's a limit to how much a sound built on harmonised guitar work can stand out in a now crowded field.

It's when the band slow down and open up that they sound their most interesting. Second track North Korea pauses midway through for a lengthy instrumental section that matches up with the album's spacey artwork, and following track Intrusive Thoughts eases off with the distortion but keeps the twists and turns for the most part and is all the better for it. The albums best track, Victory Road sees guitarists Taylor Roberts and Mike Mercer go in different but complementary directions for the verses and utilising different guitar tones and textures throughout.

Thankfully, the album gets better as it goes along, the opening tracks being too over reliant on a full on sound with both guitars using an overly saturated tone which I found tiring to listen to after a short amount of time. There's still too much of the record which sounds like it wants to be the instrumental breakdown from March of the Fire Ants for my taste but I found myself really enjoying the band when they broke away from that and forged their own path. The times on the record they turned off the distortion and took a more subtle approach were frustrating because they were so fucking good, but I knew they wouldn't last long enough.

If the band decided to pull a Cave In and moved away from straight up metal and towards a spacier, more experimental sound, then I could see them delivering something amazing. They certainly have the skill and there are enough glimpses of genius on here that The Combine are worth keeping an eye on.

Forums - Reviews and Articles - The Combine - Void and Vessel