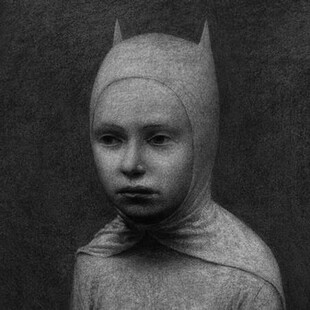 Despite their somewhat disappointing second album, Mantar have plenty of credit in the bank left over from the eye-opening Death by Burning release. While Odes to the Flame wasn't bad, it underwhelmed where their debut was overpacked with doom-punk-black metal hybrid thrills. This release, even though only a three track, twelve minute EP, therefore feels like an important barometer of whether they can recapture their best or merely flatter to deceive.

Thankfully, this feels like a band wholly back on course. Mantar sound pissed off, and let this tar their music accordingly, and to its benefit. The more joyous (relatively) upbeat musical elements of previous, such as on The Stoning from their debut, are drowned out, but that tempo pervades, providing the two-piece's signature sound of black metal vitriol underpinned by an unfamiliar beat.

The black tinged aggro of Pest Crusade is instantly gratifying, with an infectious punkish riff creating the same darkness, foreboding and momentum as a rapidly approaching avalanche. This is Mantar at their explosive best. Age of the Vril's lyrics snear with unhinged aggressive intent, talking of fighting you while drunk, "bad moon rising, coming your way, pray to the sun while I'm digging your grave", that you shift uneasily in your seat so directly aimed out from the speakers it appears.

This only increases on the closing title track, "the hesitators have fled, to sign a pact with the other side... allegiance... certain death" serving warning against further doubts of Mantar's output. It opens in an almost exact copy of White Nights, but I'll forgive that as it's still played regularly on my stereo, an amazing track, Mantar's reason for being perfected. This pays appropriate homage, roping in Okoi Jones of Bölzer to bolster (bölster?) their numbers.

This is not only a great release, but a statement of intent, a return to cast away the doubts. I'm overjoyed that the band I once championed to anyone who would listen are back in the frame as a band with daring, full-blooded and electrifying edge, reaffirming my passion for these Germans, molding, jutting and crashing the sounds of various genres and themes together as they see fit. Behold a reimpassioned Mantar, a flame reignited.