Friendship I and II 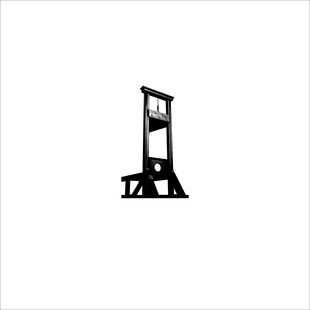 A conflict between the safety blanket nicety of band name and the ominous threat portrayed by the guillotine artwork, the music within was really only ever going to fall towards the latter, with this collection of two EPs previously self released by the band, now packaged together for wider exposure by the admirable Sentient Ruin. This is filthy, ugly music - Friendship, from Japan, have immersed themselves within a dictinct coupling of extreme influences that have coalesced, interbred and infected.

Think Nails, think Corrupted, think a whole host of grind, powerviolence and sludge doom bands, and then place together, one track next to the other, and then within single tracks to create an unholy racket. While you wouldn't say there was a formula applied - more a friction between the varying pace of attack so unwieldy it lurches from one extreme to another - there are patterns detectable of how this struggle plays out, those simply being those that begin in a grind blur and decelerate into the trampling doom, and the vice versa.

The album blitzes by, as all powerviolence albums (for this the is the prevailing genre) should, but the track lengths vary, and most of the standouts exist in those that last more than a minute and a half. T.R.Ø.Y treads through the bleakest of atmospheres for two uncomfortable minutes, before a grind burst rudely awakens, it all ending in a sludge stomp. €ompton is similarly cross-pollinated, a grinding start proceeded by abyss depths of zoned out heaviness, while SB's Nails like opening then splatters outwards in frenzy. Closer El Chapo's opening ten seconds mirror those of Pig Destroyer's Girl in the Slayer Jacket, but thereforth is a grimy sludge ending.

At times it has a schizophrenic unease, at others they make sense of the marriage, yet either way it is enrapturing. Friendship have landed upon a potent mixture of the ugliest of sludge doom and the raw all-out aggro of powerviolence and grindcore, not wholly one thing or the other, yet not diluting either genre's misanthropic stockpile, instead brazenly accumulating both into a mass of depressive noise.

Forums - Reviews and Articles - Friendship - I and II