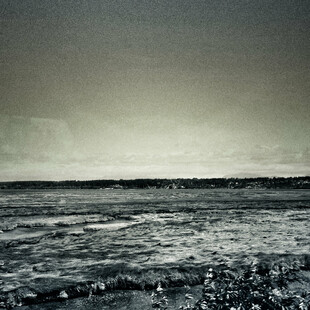 London's Ex People have released a new two tracker on to bandcamp, following on from their decent Loss demo last year. Where that was a touch raw, it was evident there was potential for growth, and while this is another short release, it so proves.

The title track is the boldest statement of the band stepping up their game. A stoner riff with doom crunch rolls forth, with attractive vocals contrasting against the heavy. I could link in many female fronted bands from similar genres, lazily, so will - vocals to remind of Chelsea Wolfe recent output or Melissa Auf Der Maur's solo work, an all round familiarity to Torpor - but the overall impact is impressively individual.

Surekill is a tad more direct, a touch less refined, but still conjures thoughts of Royal Thunder's doomier ends, which is always welcome.

This release is presumably just a stop gap on the road to larger and greater things, but it charts a band on a steady incline. It will be worth following.