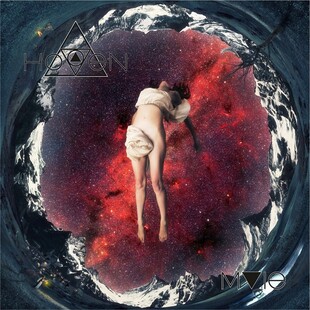 Launching straight from the off with big dirty rough-edged stoner riffs, Hoven propel outwards with an impressive immediacy. It's a canny move for a new band, intent on making their mark before you have even settled, grabbing your attention and pulling you along. The grittiness of opener Dawn of a New Age elevates it above many latecomers to the stoner crowd, giving it a distinction and credibility.

Crooked Eye changes tack, practically NWOBHM spurred within its soaring vocals and galloping guitars of the first couple of minutes. The further it goes, the more avenues it explores, a progressive, restless outlook not unlike the ideals of Old Man Lizard in it's second half, with the vocals refashioning toward a Layne Stayley echo (for better or for worse). The 97 second Unmade is a refreshing blast of stoner groove.

The closing two part The Mule is a bit hit and miss, Pt 1 a fluttering, becalmed dream, building to the entry of Pt 2 that for the main doesn't really go anywhere, although a nice midway change happily reminds of Trippy Wicked. It's a slightly disappointing end, but on the whole shouldn't detract from a gratifying debut.

A stoner rock canvas daubed with varying artistic mediums of influence - bold streaks of metallic heft, sepia splatters of grunge and background flecks of proggish colour painting a picture worthy of more than a cursory glance, Mule isn't without it's faults, but the overall mood accomplished is that Hoven, from Durham, are a welcome proposition and addition to the UK stoner scene.